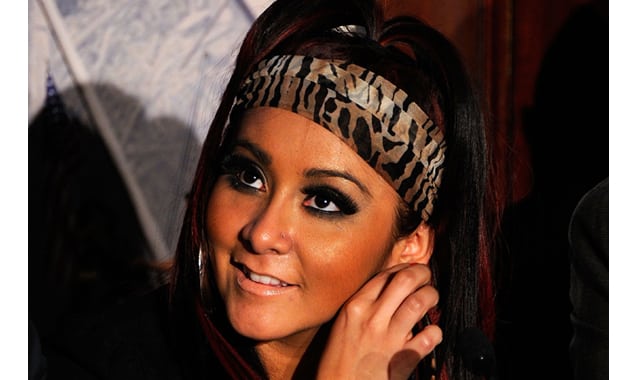 Never one to shy away from publicity, Nicole “Snooki” Polizzi revealed her baby’s name to the world this week. According to reports, the little Guidito will be called Lorenzo.

Still two months away from giving birth, the Chilean-born Jersey Shore star is certainly starting to show. Snooki’s baby bump has been all over the tabloids as of late and belly Twitpix go out on a daily basis.

Polizzi and fiancée Jionni LaValle still seem to be going strong too. The two have shown plenty of PDA in recent months and seem thrilled about Lorenzo’s upcoming arrival.

Once the little guy pops out, we can only imagine the amount of cover shots Snooks will be posing for. And you never know, maybe she’ll decide to honor her Latin roots and land on People en Español.