Nicole “Snooki” Polizzi had an idea for whom she wanted in the delivery room besides fiancé Jionni LaValle when she gives birth to her first child: Paul “Pauly D” Delvecchio!

“She told me she wants me to deejay the delivery room,” Delvecchio, 31, tells PEOPLE. “I told her I’ll just deejay the baby shower.”

His baby shower role will have to come in between his deejaying at Las Vegas’s Hard Rock Hotel, where he is beginning a deejaying residency, as well as his show The Pauly D Project, which premieres on MTV March 29.

While he won’t be in charge of the baby shower, he has thought about what a Pauly D baby shower would look like for his Jersey Shore cast mate.

“I would have spray tan booths in the corner, because she loves to tan, and a lot of loud music,” he says. “I’d have pickles everywhere, too.”

He’s also given some thought to styling Snooki’s baby when he or she is born.

“I think it’s ready for hair gel as soon as it comes out. If there is hair, throw some gel in there,” he says. “Too young to tan though. Don’t tan. You gotta be 18. Maybe a spray tan.” 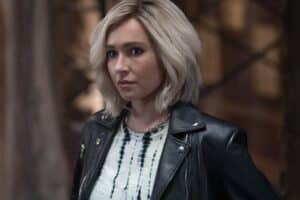 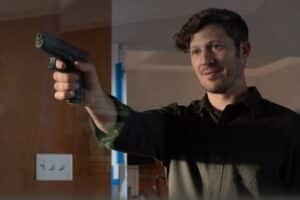