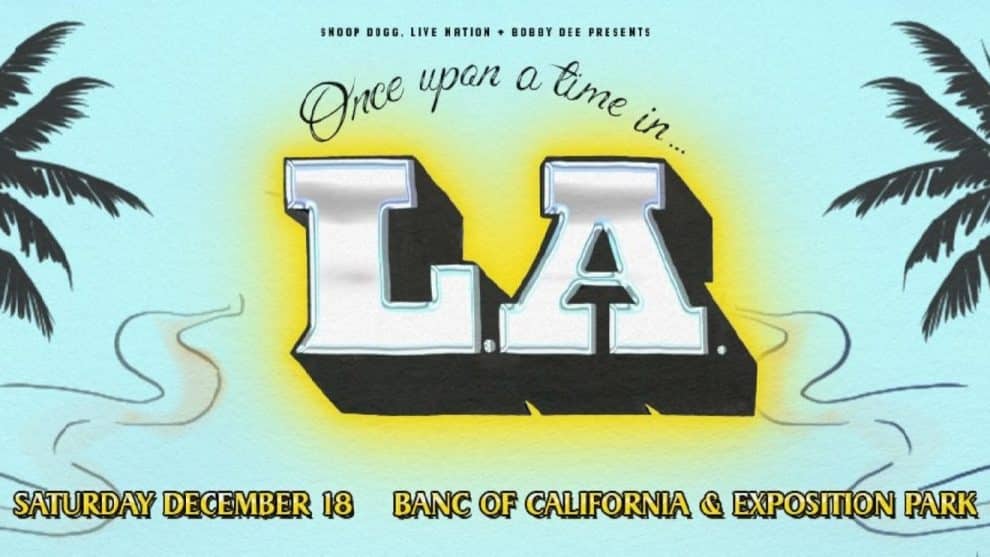 Festival will take place on Saturday, December 18, 2021 at the Banc of California Stadium in Los Angeles.
Presales begin this Friday, June 25 at 10 a.m. PST and go on sale to the general public on Monday, June 28 at 10 a.m. PST LOS ANGELES, JUNE 22, 2021 — Once Upon A Time in LA, one of the largest festivals featuring West Coast rap artists, will take place at Banc of California Stadium Saturday, Dec. 18, 2021, where the streets and neighborhoods of Los Angeles and a Southern California soundtrack come to life for the biggest party of the year. Headlining the epic, one-day event is a cross generational lineup representing the streets of Southern California, from soul music icons Al Green and The Isley Brothers, to West Coast rap legends Snoop Dogg and Ice Cube, to the newest voices of Los Angeles YG, Dom Kennedy, Drakeo the Ruler, and more. The festival is a musical celebration deeply rooted in the cultural context of Los Angeles’ bicultural musical landscape and population.