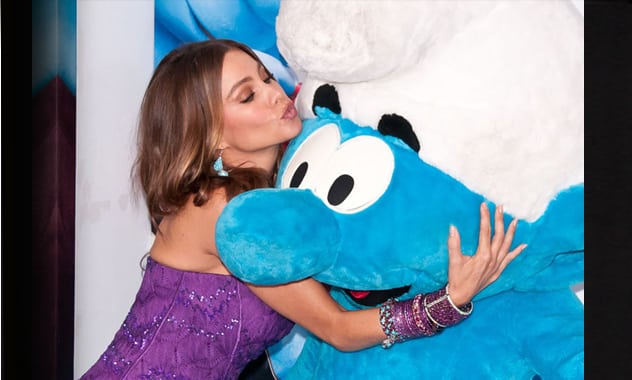 Who knew Gargamel and company raked in $650 million in worldwide box office receipts last year? Apparently The Smurfs movie was an international smash and now Sony Pictures is firing up a sequel, with a special appearance by Sofia Vergara.

Fans of the original will remember Sofia as Odile, the dastardly boss of Neil Patrick Harris’ character. Well for Part II, it appears as though she’ll have a partner in crime. Actress Christina Ricci is reportedly joining the cast as an evil version of Smurfette!

Ricci’s “Vexy” character is expected lure the little blue guys into all sorts of trouble (perhaps at the request of Gargamel). We’re sure Odile will be creating havoc as well, along with the villainous cat Azrael.

But if we know our sequels, there will plenty of new heroes in the mix too. Smurf fans may recall that a lot of the original villagers didn’t make it to the big screen. Hopefully when the sequel comes out, we’ll see Jokey, Slouchy and a little more of George Lopez’ Grouchy.