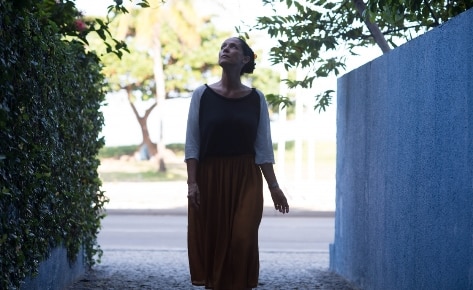 “A career-defining performance by the great Sônia Braga – weathered, proud, sensuous, fragile – captivates and brings us into her world.”
– Bilge Ebiri, The Village Voice

“A sensuous memory piece about the meanings we invest in places, objects, and music; and a lovingly tailored vehicle for the ever luminous Sônia Braga.”
– Dennis Lim, Artforum

Aquarius is an expansive, exuberant drama of contemporary Brazilian life from Kleber Mendonça Filho (Neighboring Sounds), opening in New York on October 14th, Los Angeles on October 21st, and followed by a national rollout. The film’s upcoming North American premiere will take place at the Toronto International Film Festival (TIFF), and US Premiere at the New York Film Festival (NYFF).

Clara (Sônia Braga, Kiss of the Spider Woman), a 65-year-old widow and retired music critic, is the last resident of the Aquarius, one of the few buildings of its age and character that remains in a rapidly changing seaside Recife neighborhood. Now that the other apartments have been swept up by a company with ambitious plans for redevelopment, pressures to move on surround Clara from all sides. But she has pledged to leave only upon death, and will engage in a cold war with the developers to keep a home that has been a silent witness to her entire life. The resulting confrontation is mysterious, frightening and nerve-wracking, tingeing even Clara’s most familiar routines with the tension of a thriller. But it is her passion for those close to her, for music, for her memories of past loves, and hunger for future ones, that makes the film a tremendous kaleidoscope of life’s pleasures and our reasons for defending them, from Brazil’s great chronicler of its present moment, Kleber Mendonça Filho.