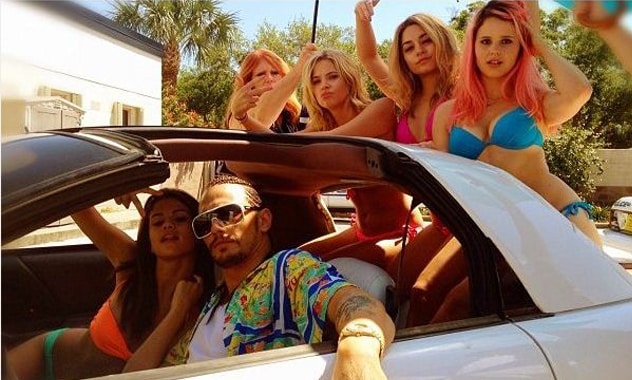 Directed by “Kids” screenwriter Harmony Korine, “Spring Breakers” focuses on four college students (Gomez, fellow former Disney star Vanessa Hudgens, Ashley Benson, and Rachel Korine) who are incarcerated after robbing a fast food restaurant to get money for their holiday. The young women are then bailed out by a shady drug dealer (James Franco, wearing dreadlocks, of course), who wants them to kill his rival.

“It was getting kind of repetitive in terms of the roles I was picking, and I really wanted to do something that was completely different,” Gomez said in the June issue of Interview. “It was a mark thing for me — like, ‘This is what I want to be doing.’ I want to take myself seriously as an actress, and this was definitely a stretch.”

Little shenanigans are present in the first clip from “Spring Breakers,” which is set to premiere at the Venice Film Festival. Gomez and her merry band of breakers sit in a jail cell while the “Monte Carlo” star discusses why life is so boring.

Watch above and hope to see “Spring Breakers” in theaters soon. After all, dreadlocked James Franco deserves to be seen by the masses!