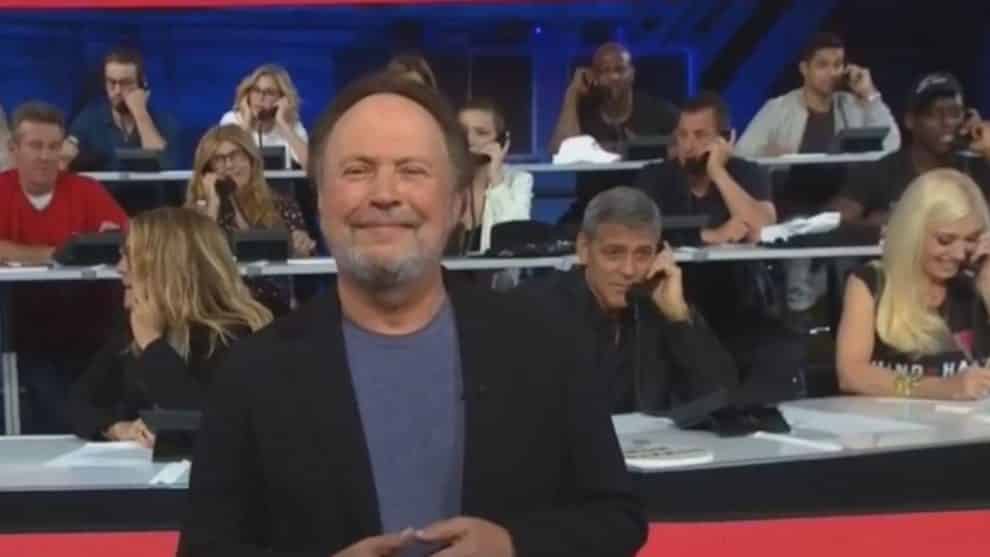 Movie stars, hip-hop notables, country crooners and talk-show royalty filled the stage Tuesday night for “Hand in Hand: A Benefit for Hurricane Relief,” which raised a quick $14 million in its single hour of live broadcast on the major television networks, on its way to raising $44 million and counting.

As the telethon was streamed across social-media properties, including Apple Music, Facebook, Twitter, and YouTube, the event’s total haul scaled $44 million as of early Wednesday. Proceeds will go toward relief from epic storms Harvey and Irma, according to its planners. Donations are still being accepted and merchandise sales, whose proceeds are partly donated, are ongoing.

Hurricanes Harvey and Irma caused between $150 billion and $200 billion in damage to Texas, Louisiana and Florida, comparable to the costs from Hurricane Katrina in New Orleans in 2005, according to a preliminary estimate from Moody’s Analytics.

During the telethon, Stephen Colbert announced that Apple  was donating $5 million, which the comedian joked “is also the price of the new iPhone.”

Two amazing artists, @BlakeShelton and @Usher joined together to help those in need. #HandInHand https://t.co/XowlmPVomp

Politics played its part, too. Opening the show, Stevie Wonder kicked off his version of “Lean on Me” by asserting that “anyone who believes there is no such thing as global warming must be blind … or unintelligent.”

Beyoncé, a native of Houston, where Harvey hit, delivered a video message in which she described the recent natural disasters as only the latest plague on the nation. “Violence and racism in this country” had led many to think that “it couldn’t possibly get worse,” she said.

Harvey became the most powerful hurricane to hit Texas in more than 50 years. It killed more than 60 people, displaced more than 1 million people and damaged some 203,000 homes.

“Natural disasters don’t discriminate. They don’t see if you’re an immigrant, black or white, Hispanic or Asian, Jewish or Muslim, wealthy or poor … we’re all in this together,” the singer said.

With the devastation of Harvey & Irma I appreciate @Beyoncé & others appearing on #handinhand. Join me by donating https://t.co/gfLSaxVCbE

The proceeds will go to organizations such as United Way, Feeding Florida, Feeding Texas, Direct Relief, Habitat for Humanity and Save The Children.