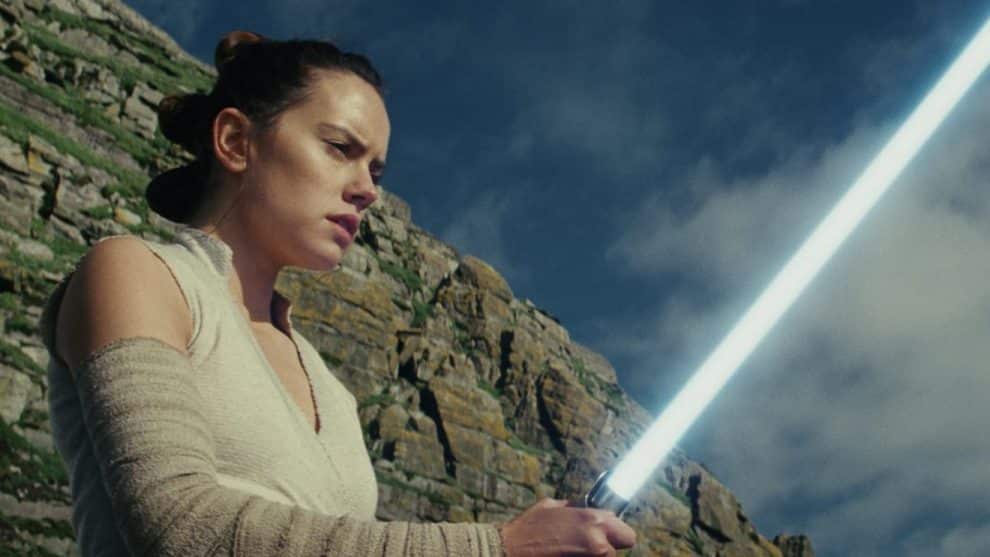 The sequel came in a mere 11 percent behind ‘Star Wars: The Force Awakens’ in North America.

Disney and Lucasfilm’s Star Wars: The Last Jedi delivered an early Christmas present for Hollywood and theater owners over the weekend with a near-record $220 million debut in North America, the second-best showing of all time behind Star Wars: The Force Awakens.

The Last Jedi opened a mere 11 percent behind The Force Awakens‘ record-shattering domestic launch of $247.9 million on the same weekend in 2015, a rare feat in the age of sequelitis. Revenue for the weekend spiked more than 30 percent over the same weekend last year, helping to narrow the yearly gap from 4 percent to 3 percent.

Internationally, director Rian Johnson’s tentpole took in $230 million from 54 markets for a worldwide launch of $450 million. The Last Jedi came in 18 percent behind Force Awakens overseas, where sci-fi can be a tough sell. The big question mark is China, where The Last Jedi doesn’t open until Jan. 5. Imax theaters turned in $40.6 million globally.

Disney distribution chief Dave Hollis said the studio expected the film to come in behind The Force Awakens by as much as 20 percent around the world (its running time is a hefty two hours and 30 minutes). He said its stellar performance is a reflection of Star Wars‘ cultural influence, as well as the film’s diverse cast.

“The results speak to the power of representation. It’s a movie that is relatable, both because of the characters and the conflict,” Hollis said, noting that the weekend pushed Disney past the $2 billion mark domestically for a third consecutive year.

Buoyed by glowing reviews and an A CinemaScore, The Last Jedi is one of only four films to open to $200 million or more domestically after The Force Awakens, Universal’s Jurassic World ($208.8 million) and fellow Disney title The Avengers ($207.4 million), not accounting for inflation. And the Star Wars series is now the first film franchise in history to see two installments clear $200 million in another win for the Disney production empire and marketing team.

The story picks up immediately after the events of The Force Awakens, with Rey (Ridley) seeking out Luke (Hamill) to help the Resistance (led by Fisher’s Leia) and its fight against the villainous Kylo Ren (Driver) and The First Order.

The Last Jedi came in well ahead of last year’s stand-alone film, Rogue One: A Star Wars Story ($155.1 million). Globally, Force Awakens and Rogue One went on to to earn $2.1 billion and $1.1 billion, respectively.

In a twist of fate, the only pic daring to open opposite the event film was Fox’s Ferdinand, from Fox Animation and Blue Sky Studios.

Ferdinand placed No. 2 with $13.3 million from 3,261 theaters, the lowest debut of any Fox Animation/Blue Sky title. At the same time, Fox believes the movie will enjoy a strong multiple over the holidays thanks to younger tots and their parents looking for something to do. In 2015, Fox’s Alvin and the Chipmunks: The Road Chip opened opposite The Force Awakens to $14.3 million on its way to collecting a total $85.9 million domestically.

Directed by Carlos Saldanha, Ferdinand is loosely based on the classic children’s book about a peace-loving Spanish bull who would rather while away the hours smelling flowers and daydreaming than taking to the ring to fight. The voice cast includes John Cena, Kate McKinnon, Anthony Anderson, Bobby Cannavale, Petyon Manning and Gina Rodriguez.

Disney and Pixar’s Coco, now in its fourth weekend, no doubt made life tough for Ferdinand. Coco placed No. 4 with $10 million for a domestic total of $150.8 million and a global haul of $448.2 million. Overseas, Ferdinand opened to $6.8 million from its first 18 markets for a worldwide bow of $19.5 million.

Among specialty titles and award contenders, Guillermo del Toro’s The Shape of Water saw a major boost after collecting seven top Golden Globe nominations, the most of any film. From Fox Searchlight, the otherworldly fairy tale grossed $1.7 million as it expanded into a total of 158 locations for a screen average of $11,000 and a cume of $3.6 million.

BRIGHT: The Action – Will Smith in Netflix’s Action-Packed Feature Film Bright
Beyoncé Goes Laid Back Glamorous In Ripped T-Shirt & Skirt With ‘Shoe of the Year’