On Friday, Disney announced The Force Awakenshad made $900 million domestically, becoming the only film in history to hit that number.

“This is a historic moment for Star Wars, for Lucasfilm, and for Disney, and all of us here are extremely gratified to be a part of this journey with fans around the world who have made Star Wars: The Force Awakens such an extraordinary success,” Disney chairman Alan Horn said in a statement. “The film’s achievements are truly astounding, and it’s our great honor to relaunch this cinematic galaxy not only for all the devoted decades-long fans but for a new generation who will keep the Star Wars legacy alive for many years to come.”

The Force Awakens’ new global total is one more accomplishment it can add to its long list of box office achievements. Since opening in mid-December, The Force Awakens has set multiple records, including the biggest domestic opening day of all time ($119.1 million), the biggest domestic ($247.9 million) and global ($528.9 million) opening weekend ever, and the fastest film to $1 billion (12 days of global release).

The next adventure in a galaxy far, far away will hit theaters later this year, as Rogue One is released on Dec. 16. Episode VIII will premiere on Dec. 15, 2017. 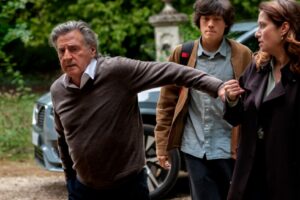 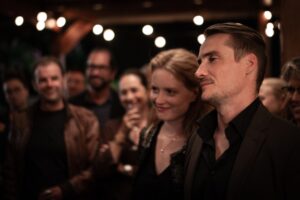 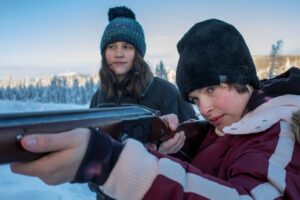 JASON BOURNE – First Look Trailer Fresh From Its SUPER BOWL 50 Debut!
THE HATEFUL 8 Getting Some Heat After Destroyed Prop Turns Out To Be The Real Deal