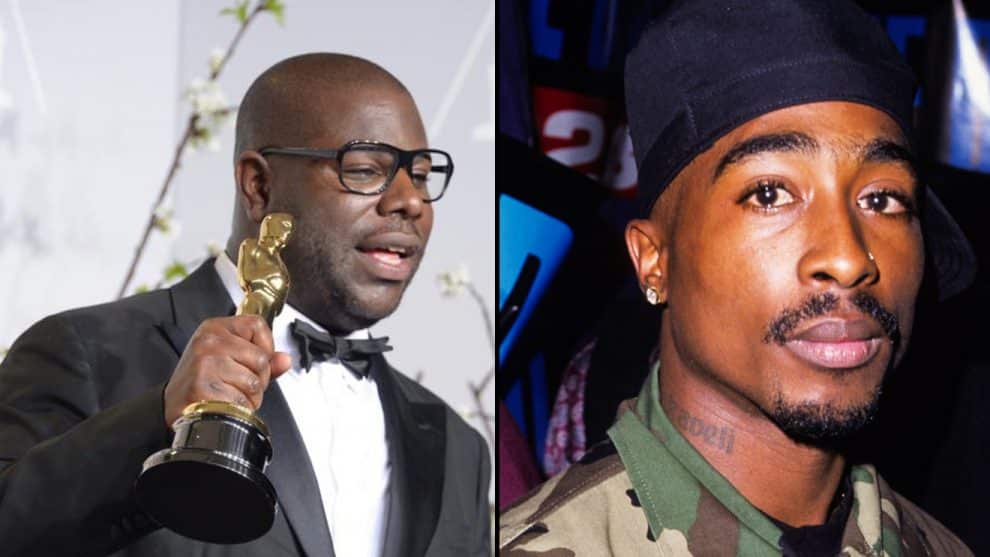 The estate of Tupac Shakur has authorized a new documentary about the rapper with 12 Years a Slave filmmaker Steve McQueen attached to direct.

“I am extremely moved and excited to be exploring the life and times of this legendary artist,” McQueen said. “I attended NYU film school in 1993 and can remember the unfolding hip-hop world and mine overlapping with Tupac’s through a mutual friend in a small way. Few, if any shined brighter than Tupac Shakur. I look forward to working closely with his family to tell the unvarnished story of this talented man.”

Amaru Entertainment, the company Tupac’s late mother Afeni established to release her son’s posthumous projects, and Shakur Estate trustee Tom Whalley will co-produce the film with music documentary vets, Jayson Jackson (What Happened Miss Simone?) and White Horse Pictures’ Nigel Sinclair (The Beatles: Eight Days a Week). Afeni’s sister, and Tupac’s aunt, Gloria Cox will also serve as an executive producer. Cox said Afeni had been trying to get a documentary about her son made up until her death in 2016.

“Our goal has always been to tell the true story, which has never been done before in such a complete way,” Cox said. “My sister always said to me, ‘We are not in the business of defending Tupac. Our job is to allow him to be seen in the most complete way, so his actions, his choices, and his words will allow him to speak for himself.’ I believe this film will do exactly that.”

Tupac’s remarkable career and still-unsolved death have inspired countless documentaries already. Notable entries include Nick Broomfield’s 2002 film Biggie and Tupac and RJ Bond’s 2007 doc Tupac: Assassination. The latter was executive produced by the rapper’s bodyguard, “Big Frank” Alexander, who released his own film in 2001, Tupac Shakur: Before I Wake….

Tupac – who was recently inducted into the Rock and Roll Hall of Fame – is also set to get the biopic treatment with a new film, All Eyez on Me, scheduled to arrive in June. A scripted true crime series about the murders of Shakur and the Notorious B.I.G., titled Unsolved, is reportedly also in the works.

As for McQueen, the Tupac documentary marks just his second project since releasing 12 Years a Slave in 2013. The film won Best Picture at the Oscars while McQueen was nominated for Best Director. His next film, Windows, is scheduled to arrive in 2018.

FOX To Discontinue Rosewood After Its Second Season
TRANSFORMERS: THE LAST KNIGHT – “Secret Past” TV Spot