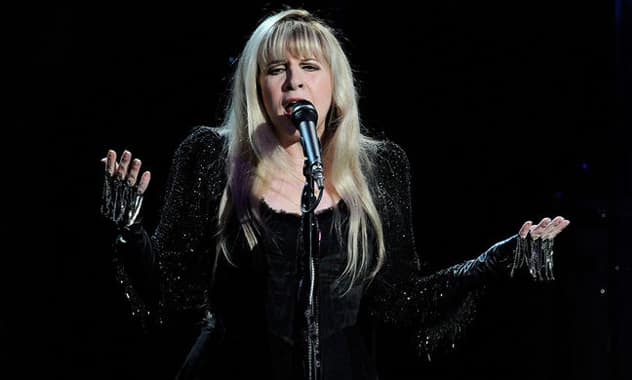 Stevie Nicks has apologized for saying that she would have “killed” “American Idol” judge Nicki Minaj for what the rapper said to Mariah Carey.

In a statement to THR, Nicks said she was “truly sorry” and felt “deep regret” for her remarks to The Daily, which occurred during “a long and exhausting day of interviews.”

Minaj drew Nicks’ ire after threatening fellow “American Idol” judge Carey by saying things like “off with your head” and “I will knock you out.”

“How dare this little girl!” Nicks told The Daily. “If I had been Mariah I would have walked over to Nicki and strangled her to death right there. I would have killed her in front of all those people and had to go to jail for it.”

The legitimacy of Minaj and Carey’s feud has been the source of much debate over the last week. Many felt it was a publicity stunt done to drum up interest in the next season of “American Idol.”

“I think right now because the show isn’t airing, they are trying to keep the buzz up,” Season 3 contestant Diana DeGarmo told Celebuzz. “I think it’s just a case of them causing a stir to get people excited to see it. Then when it starts, it’ll be back to the contestants.”

For his part, Carey’s husband Nick Cannon said the fight was overplayed by the media.

“It’s not as serious as everyone is making it,” Cannon said on “The View.” “I don’t know anyone who can stand with a camera phone in front of the monitor and it just magically ends up on TMZ.”

For more on Nicks, head over to THR.