Giants win! But enough about that, let’s talk about the other things that  went down during the big Super Bowl game outside of, you know, the men making  sports stuff happen.

An ambitious and hilarious musical ode to NBC shows? Best. A halftime  performer flipping America the bird? Worst. And there’s more where that came  from. Let’s take a look at the highlights and lowlights of today’s Super Bowl  broadcast on NBC…

NBC’s Star-Studded Promo: It started with the 30  Rock cast and ended with Jimmy  Fallon tap-dancing. Basically, the musical montage (watch it above)  of our favorite NBC shows did not disappoint. But didn’t it kind of smart seeing  our Community gang knowing that the network has shelved them for the  months to come?

Kelly Clarkson’s National Anthem: No flubbed lyrics and no screeching? That alone made the original American  Idol‘s rendition a win. But she kept it simple and just did what national anthem performers  are supposed to do: just sing the danged thing!

Smash Previews: We’re already huge fans of  NBC’s  much-anticipated new musical dramedy, but seeing the enticing  promos during the  game just reminded us again what was coming on Feb. 6:  a new show to obsess  over!

Clint Eastwood’s “It’s Halftime” Spot: There is very  little  we wouldn’t do for the onetime Dirty Harry, so we sat up straight during his   ode to America by way of Detroit (all the while worried he was going to  start  promoting or bashing some political candidate). But that was the  ad’s point:  Hey, people: We’re all Americans, so let’s stop bashing each  other and get back  to work.

Madonna’s Halftime Show: She might have been nervous, and it wasn’t a blow-your-hair-back halftime show,  but it was Madonna singing her greatest hits and bringing in great artists for  cameos (Cee Lo Green, Nicki Minaj, LMFAO and M.I.A.), so we’d call this year’s half  time show one of the better one’s in recent memory. Too bad someone tried to  upstage her with the lift of a finger. Speaking of…

M.I.A. Flippin’ the Bird: During Madonna’s performance of  her new single, “Give Me All Your Luvin,'” M.I.A. gave the middle finger directly to the camera for all of America  to witness. Not exactly a bare boob, but still offensive enough for us to roll  our eyes and ask why.

Blake Shelton and Miranda Lambert’s Kinda Scared Game Face: Hey, lovebirds! What’s with the deer-in-the-headlights looks? Sure, millions   upon millions of people watched you sing “America the Beautiful,” but  at least  you sounded good and were standing next to your very attractive spouse in the   process. As Voice coach Blake would surely advise a performer:  Smile!

Show Playing “Edge of Glory” After Madonna’s Performance: Designed to cause a hubbub or a simple oversight? Discuss.

Super Bowl Commercials: As usual, this year’s Super Bowl  brought on a range of commercials from the laugh-out-loud funny (the dancing  M&M) to just plain boring (er, that one, you know, that we can’t remember  for that thing). Need a refresher? You can watch them all here.

What did you think of this year’s Super Bowl broadcast? Any best or worst  moments that we forgot in our list? 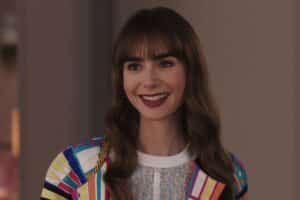 ‘Emily in Paris’ Season 3 Trailer: Emily Struggles to Pick Sides as Her Loyalties Are Tested 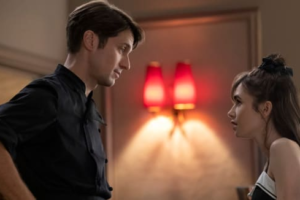 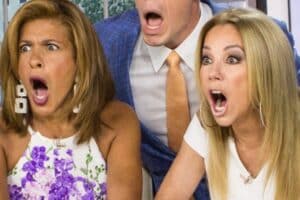