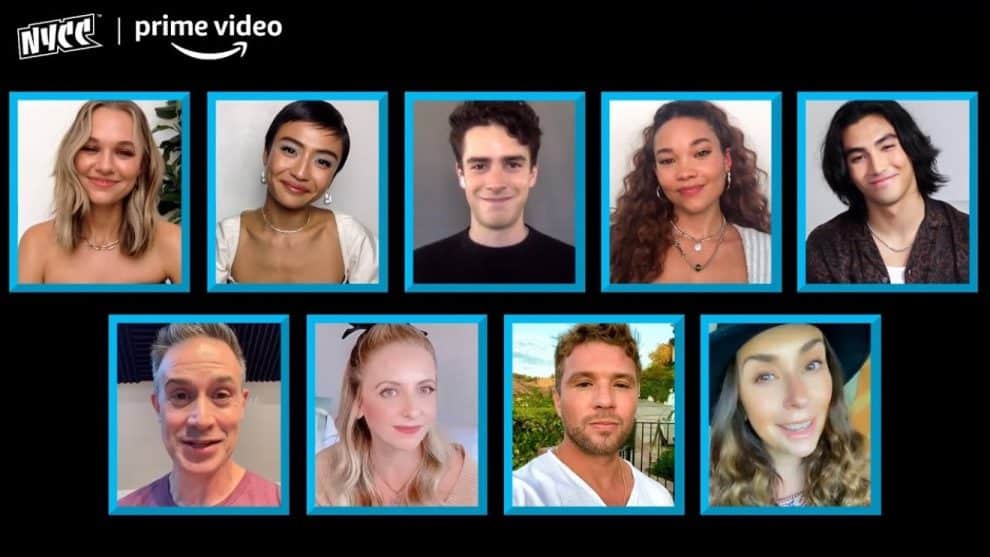 Jennifer Love Hewitt, Sarah Michelle Gellar, Ryan Phillippe, and Freddie Prinze Jr. dropped by to ask the n
ew cast of I Know What You Did Last Summer questions ahead of the series launch on Amazon Prime Video Oct 15

NEW YORK—October 8, 2021—Amazon Prime Video unveiled a star-powered panel at New York Comic Con today. While answering fan questions, the cast of the new Amazon Original series I Know What You Did Last Summer got a surprise visit from none other than the original cast of the 1997 film, who dropped some “fan questions” of their own. The cast of the new series was shocked and honored by the surprise of Jennifer Love Hewitt, Sarah Michelle Gellar, Ryan Phillippe, and Freddie Prinze Jr. dropping by to lend their support and share their excitement for the series, and officially pass the torch to the new cast.

Written and executive produced by Sara Goodman, I Know What You Did Last Summer is based on Lois Duncan’s 1973 novel, which was also the basis of the iconic 1997 film. One year after the fatal car accident that haunted their graduation night, a group of teenagers find themselves bound together by a dark secret and stalked by a brutal killer. As they try to piece together who’s after them, they reveal the dark side of their seemingly perfect town—and themselves. Everyone is hiding something, and uncovering the wrong secret could be deadly.

The first four episodes will premiere on Prime Video on Friday, October 15 with new episodes airing each Friday following, leading up to the season finale on November 12. I Know What You Did Last Summer will be available in more than 240 countries and territories worldwide.

Nori To Release Their Self-Titled Album on December 3rd
Netflix Announces Cast for FREERIDGE, the On My Block Spinoff