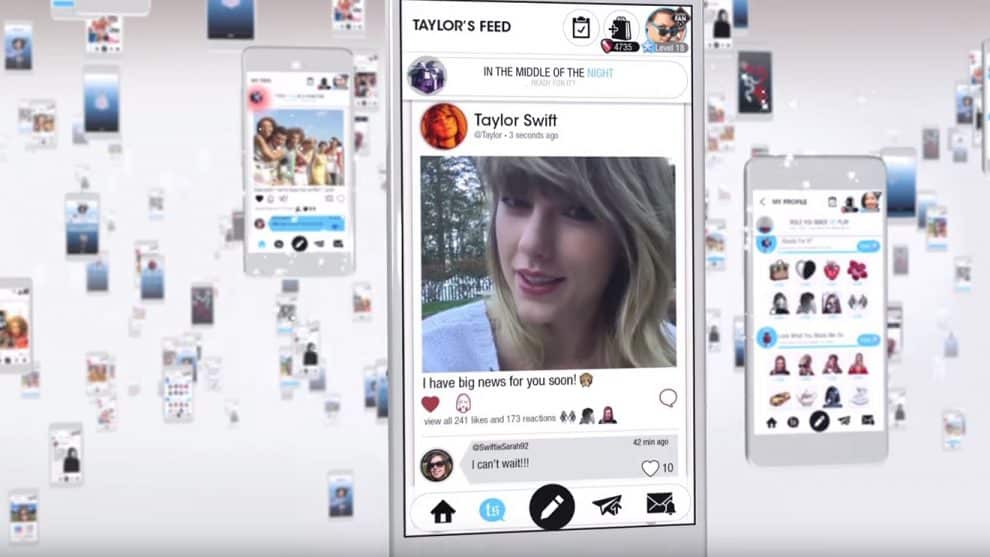 It’s a hard, ugly world out there, friends. California’s on fire, most of our entertainment heroes are secret monsters, and the American political landscape is lorded over by a leering gremlin with all the goodwill, competence, and skin tone of a slowly rotting carrot. Not everybody had a dismal 2017, though; in Taylor Swift’s world, this year—court victories, Time covers, new album, and all—kicked total ass. Now, the rest of us can join Tay-Tay in that secret utopia, thanks to The Swift Life.

That’s the name for Swift’s new social networking app, which promises to filter out all the shitty parts of online life in favor of all Taylor-talk, all the time. Worried about politics? Why stress, when you could spend your days swapping your feelings on your favorite Reputation tracks? Things going poorly in your love life? Devote that energy to your Taymoji collection, instead! (Taymojis—Taylor emojis— are a big part of the Swift Life experience, apparently.)

Swift isn’t the first celebrity to launch an app entirely predicated on her personal brand, of course. But she is the first celebrity to do so who also happens to be Taylor Swift, and that’s not nothing. Sadly, this entry to the High Temple of the Church Of Taylor isn’t available to everybody yet; for now, at least, access to The Swift Life is iOS exclusive.