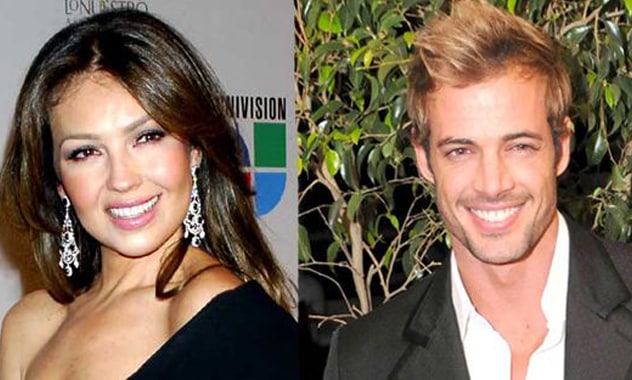 Earlier this month, we told you how Thalía was planning to return to her telenovela roots. And if the latest stories are true, she’ll be coming back in a major way; with William Levy by her side!

According to Latin Gossip, Thalía is courting William for her new Spanish soap. Though given the crossover success he’s currently experiencing on Dancing With The Stars, he’ll certainly need a hefty proposition.

But the idea of him sharing the screen with Thalía is not entirely improbable. There is no doubt that her new series will score huge ratings (she hasn’t acted on TV since 1999) and it could certainly continue Levy’s momentum.

With or without William, we’re sure Thalía’s show will carry on fine. But there’s nothing wrong with at least attempting to assemble a dream cast. Heck, while she’s at it, maybe Thalía can go after a few more famous Latinos who started in the world of novelas.