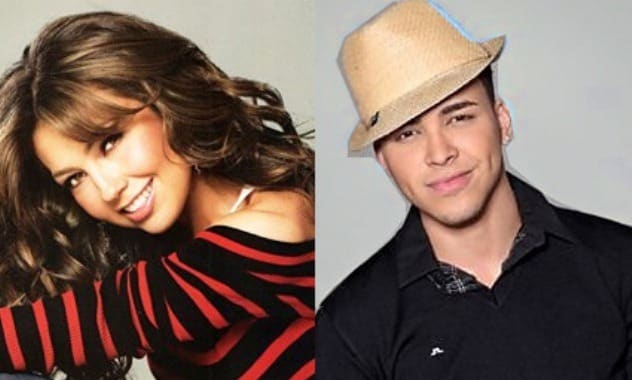 As we all know, Thalía is no stranger to the world of duets. The Mexican pop princess has collaborated with some of the biggest names in music, including Julio Iglesias, Aventura and a virtual Elvis Presley. Now, she’s sharing the mic with Prince Royce for a bouncy new track called “Te Perdiste Mi Amor.”

Royce co-wrote the song, which clearly bears his signature stamp. And to keep things interesting, he sprinkled in some English lines throughout the chorus, solidifying the track’s crossover appeal.

But it’s the Royce song that’s picking up most of the heat. Since its release last week, “Te Perdiste” has reached #29 on Billboard’s Latin Digital Songs chart and we’re sure it’ll only go up from there.

Chris Brown Crashes Porsche Into Wall While Evading Paparazzi
Pope Benedict XVI To Resign On Feb. 28 Due To Health Concerns