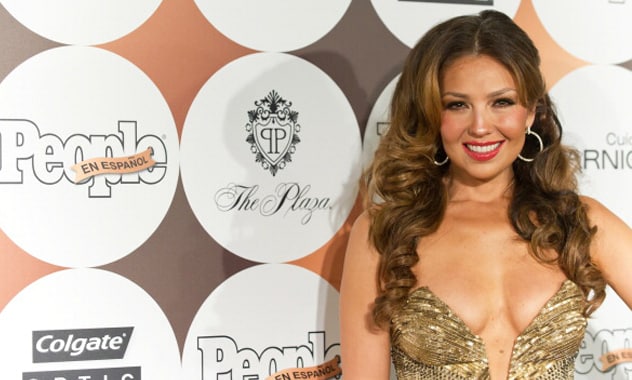 Break out the polish and rose bouquets, Thalía is about to get a star on the Walk of Fame! This week it was announced that the Mexican songstress will be immortalized on Hollywood Boulevard sometime in early 2013.

Thalía was among many famous names who will now join the ranks of “Hollywood’s” elite. Within the next 12 months, Jennifer Hudson, Usher and the Backstreet Boys will receive a similar honor, each with an accompanying star-studded ceremony.

Thalía’s name has actually been in the news quite a bit in recent weeks. She’s currently involved in a brand new novela, which will more than likely include original songs and a massive press tour.

And we’re sure getting permanently plastered on Hollywood and Vine will only add to her exposure. In fact, it will put her in some pretty elite Latino company. Once she hits the pavement, Thalía will be alongside Tr3s faves like Ricky Martin, Luis Miguel and Rita Moreno.