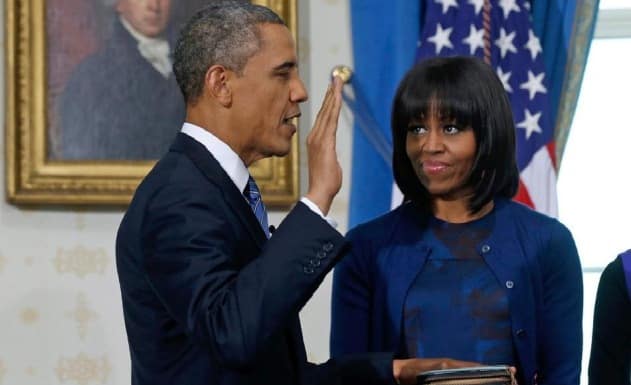 — The schedule for the second inauguration of President Barack Obama and Vice President Joe Biden:

The order of the program:

Viewing stands and bleachers are lined along Pennsylvania Avenue

The Obamas and Bidens participate in a parade featuring floats and vehicles representing about 60 groups.

The Commander in Chief’s Inaugural Ball

The gala honors service members and their families.

Washington Convention Center, Halls A, B and C

The Obamas and Biden attend.

Jessica Simpson To Display New Sitcom
Charlie Sheen to Piers Morgan: I Support Gun Control “Because We’re Not Supposed to Bury Our Children”