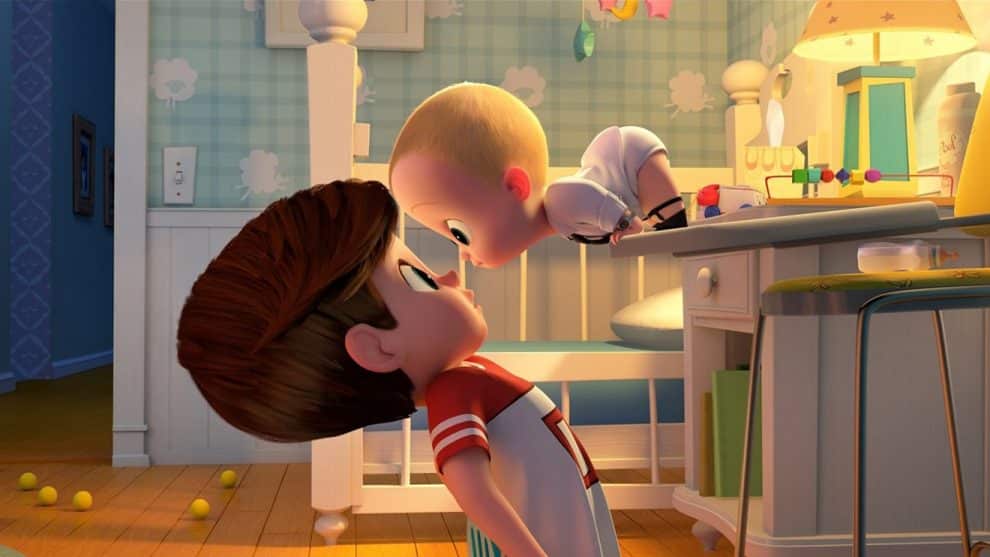 Fox/DreamWorks Animation’s “The Boss Baby” performed well above tracker expectations to come away with the No. 1 spot this weekend, beating out “Beauty and the Beast” in a surprise upset.

The family comedy earned an estimated $50 million from 3,773 screens this weekend, while “Beauty and the Beast” made an estimated $48 million from 4,210 screens in its third weekend. “Beauty” was able to hold its third-frame drop-off to 47 percent, making the success of “The Boss Baby” more about its surprisingly strong performance with family audiences than about capitalizing on a megahit’s weak holdover.

“The Boss Baby” wasn’t expected by many analysts to take the top spot this weekend. Independent trackers had the film making around $33 million in its first days released. Instead, it has matched the opening weekend of DWA’s “Home,” which was released at the end of March two years ago against far less competition than what “The Boss Baby” is facing.

But “The Boss Baby” was able to prevail thanks to a strong marketing campaign (including a trailer custom-made for “Beauty and the Beast” screenings) and the star power of its leading man, Alec Baldwin, who has become one of the hottest names in Hollywood recently thanks to his Donald Trump impersonations on “Saturday Night Live.”

“The Boss Baby” stars Baldwin as a suit-and-tie-wearing infant who is dropped into a family. Tom McGrath directed the movie, which also stars Miles Christopher Bakshi, Steve Buscemi, Jimmy Kimmel, Lisa Kudrow and Tobey Maguire. Though it received a mixed 48 percent on Rotten Tomatoes, the film passed the audience test with an A- on CinemaScore.

Finishing in a distant third is Paramount’s “Ghost in the Shell,” which performed poorly this weekend with just an estimated $18.6 million from 3,440 screens against a reported budget of $110 million. The film dropped 13 percent from Friday to Saturday and will now look to international markets for some respite. The film releases in China on April 7.

“Ghost in the Shell” stars Scarlett Johansson as The Major, an agent with an android body and a human mind that leads the counter-terrorism unit Section 9. Takeshi Kitano, Michael Carmen Pitt, Pilou Asbæk, Chin Han and Juliette Binoche also star.

The film has been embroiled in controversy for months due to Johansson’s casting in the lead role, who was originally Japanese. “Ghost in the Shell” has also faced a weak reception from critics and audiences, receiving a 41 percent RT rating and a B from CinemaScore.