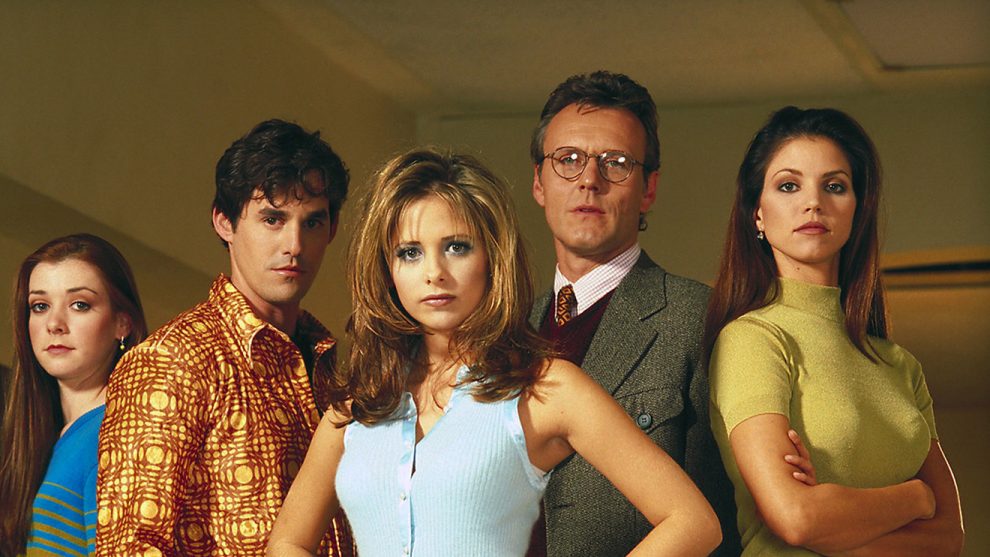 That Buffy the Vampire Slayer reboot, remake, continuation…might not be happening any time soon. Speaking at the 2018 Television Critics Association press tour, Gary Newman, chairman and CEO of Fox Television Group, said the project is still very early in development.

“There actually is no script to see,” Newman said when asked if he’s read the project. “We’ve sat down with the creators and have had conversations with them about it. It’s a very exciting prospect. It’s still fairly early, we haven’t pitched it to any possible licensees yet. All that is still to come.”

Agents of S.H.I.E.L.D. veteran Monica Owusu-Breen is the lead on the project, which was reported to be an inclusive reboot, with series creator Joss Whedon, also is involved.

“We’re thrilled that Joss has engaged,” Newman said. “Monica Breen, who Joss worked with on one of his other series, is the person who would be day-to-day on the show, she’s got a great take on the show, which if I told you I’d have to slit your throat, probably. It’s not on an incredibly fast track, but we’re hopeful that this one will come to pass.”

When the news of the project was came out, it was that the series would be a reboot of Buffy, and fans spoke out. The series, which aired for seven seasons across the now-defunct The WB and UPN, starred Sarah Michelle Gellar and still has a loyal following.

Following the online uproar, Owusu-Breen posted a note on Twitter.

“For some genre writers it’s Star Wars. Buffy the Vampire Slayer is my Star Wars,” she wrote. “Before I became a writer, I was a fan. For seven seasons I watched Buffy Summers grow up, find love, kill that love. I watched her fight, and struggle and slay.

“There is only one Buffy. One Xander, one Willow, Giles, Cordelia, Oz, Tara, Kendra, Faith, Spike, Angel…They can’t be replaced. Joss Whedon’s brilliant and beautiful series can’t be replicated. I wouldn’t try to.

“But here we are, twenty years later…And the world seems a lot scarier. So maybe, it could be time to meet a new Slayer…And that’s all I can say,” she concluded.