The trailer for upcoming tech-thriller Blindspot, which will premiere on NBC in September, is attracting eager attention from an unexpected audience — Chinese social media users.

That’s not to say that Chinese netizens don’t appreciate a good mystery when they see one, but in this case their interest stems from one plot element in particular: the story’s hero, an unknown western woman found covered in tattoos and zipped in a duffel bag in Times Square with her memory wiped, speaks Chinese.

And not just any Chinese; this Jane Doe speaks Wenzhounese, a dialect hailing from southeast China (and also spoken in parts of Queens and Brooklyn) that is so notoriously complex and opaque that it was even used as the basis for military code in World War II. A popular Mandarin couplet warns, “Do not fear the Heavens, do not fear the Earth, but fear the Wenzhou man speaking Wenzhounese.”

Both Chinese media and users on Twitter and Weibo seem deeply amused by the show’s treatment of what some in China call the “Devil Language.”

“Wenzhounese! Hahahahaha!” wrote one Twitter user, aggregating screenshots from an apparently pirated episode of the show.

“Ultimately, how hard is [Wenzhounese]? In Blindspot‘s pilot, it even manages to baffle the FBI!” China Daily posted on Weibo, China’s Twitter-like microblogging service.

And elsewhere on Weibo, user Huangyuanlu wrote: “Blindspot‘s tattooed girl can speak Mandarin Chinese, Cantonese, and can even understand Wenzhounese — a lot better than mine.” 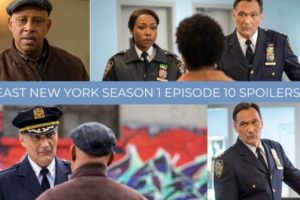 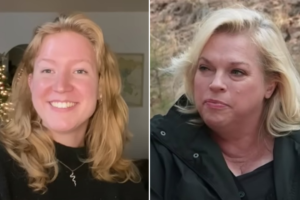 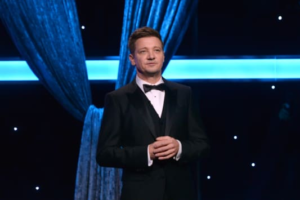