Jump into the action with the NEW TRAILER for THE DIVERGENT SERIES: ALLEGIANT plus three exciting new POSTERS, below. The third installment of the widely popular DIVERGENT SERIES is coming THIS SPRING and the stakes will be raised for Tris [Shailene Woodley] and Four [Theo James].

See them fight to survive the world beyond the wall, and uncover secrets that will change their lives forever when the action-packed THE DIVERGENT SERIES: ALLEGIANT opens in a theater near you on MARCH 18, 2016!

THE DIVERGENT SERIES:  ALLEGIANT
Break The Boundaries Of Your World The third installment of the blockbuster Divergent series franchise, ALLEGIANT takes Tris [Shailene Woodley] and Four [Theo James] into a new world, far more dangerous than ever before.

After the earth-shattering revelations of INSURGENT, Tris must escape with Four and go beyond the wall enclosing Chicago. For the first time ever, they will leave the only city and family they have ever known. Once outside, old discoveries are quickly rendered meaningless with the revelation of shocking new truths. Tris and Four must quickly decide who they can trust as a ruthless battle ignites beyond the walls of Chicago which threatens all of humanity. In order to survive, Tris will be forced to make impossible choices about courage, allegiance, sacrifice and love.

Trailer – The Truth Lies Beyond 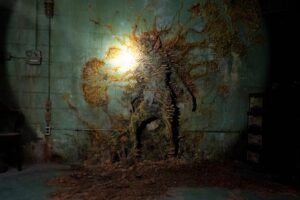 ‘The Last of Us’ Creators on THAT Clicker Moment, Flour Theories and Changes From the Game: ‘If People Are Upset, I Don’t Blame Them’ (EXCLUSIVE)

‘A Thousand And One’ Sundance Film Festival Review: A Mother And Son Bear The Weight Of A Brutal City In A.V. Rockwell’s New Movie Premiere of THE LATIN EXPLOSION: THE NEW AMERICA Today on HBO
CLOSED–WIN THANKSGIVING DINNER – THE NIGHT BEFORE – #MiSueterFeo Giveaway