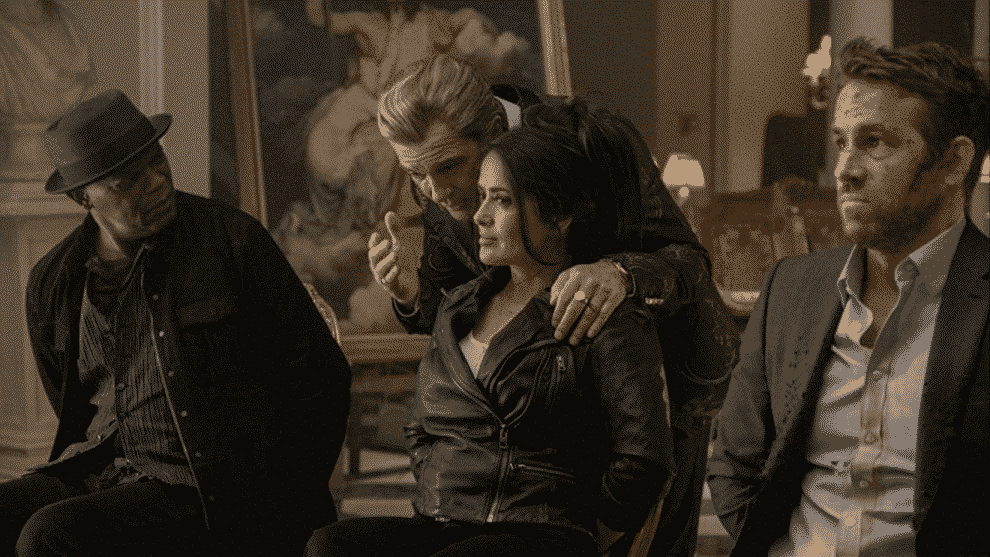 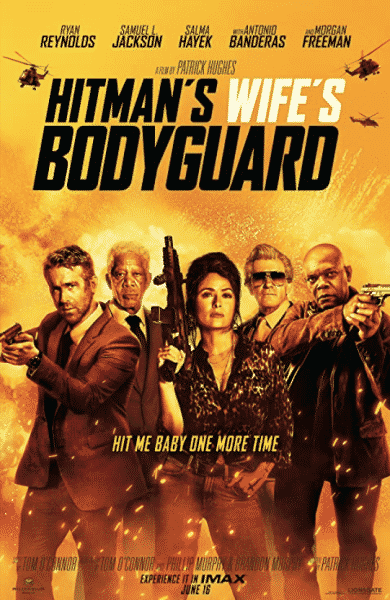 Sneaks of Hit Movie’s Sequel to be Held on June 11 and 12;
Nationwide Release date June 16

SANTA MONICA, Calif., June 1, 2021 – In anticipation of the June 16, 2021 release of The Hitman’s Wife’s Bodyguard, global content leader Lionsgate (NYSE: LGF.A, LGF.B) is inviting moviegoers to get their freak on (in an action context) one week early, as the studio sneaks the film into theaters on Friday, June 11 and Saturday, June 12. Tickets are on sale now everywhere.

The sneaks come on the heels of  a special, first-to-market promotion that marks the first time ever  that moviegoers will be able to purchase early access screening tickets exclusively through Snapchat without leaving the app. Those tickets, which can be purchased through the Movie Tickets by Atom Snap Mini, are for Thursday, June 10 and are available now. Ticket sneaks on June 11 and 12 are available on all platforms.

Commenting on the announcement, David Spitz, Lionsgate’s president, Theatrical Distribution, said, “Audiences embraced the first film, and we know they’re excited to see these characters go at it again. Adding Salma Hayek to the mix in a hugely expanded role makes The Hitman’s Wife’s Bodyguard even more fun and exciting. We’re thrilled to be sharing a sneak peek of the film one week early, before its wide release across the country.”

The world’s most lethal odd couple – bodyguard Michael Bryce (Ryan Reynolds) and hitman Darius Kincaid (Samuel L. Jackson) – are back on another life-threatening mission. Still unlicensed and under scrutiny, Bryce is forced into action by Darius’s even more volatile wife, the infamous international con artist Sonia Kincaid (Salma Hayek). As Bryce is driven over the edge by his two most dangerous protectees, the trio get in over their heads in a global plot and soon find that they are all that stand between Europe and a vengeful and powerful madman (Antonio Banderas). Joining in the fun and deadly mayhem is Morgan Freeman as…well, you’ll have to see. Directed by Patrick Hughes from a screenplay by Tom O’Connor and Phillip Murphy & Brandon Murphy and a story by Tom O’Connor, the film is produced by Matt O’Toole, Les Weldon, and Yariv Lerner. Lionsgate and Millennium Media present, a Millennium Media/Nu Boyana Film Studios production, in association with Campbell Grobman Films, and in association with Film i Vâst and Filmgate Films.

ABOUT LIONSGATE
Combining the STARZ premium global subscription platform with world-class motion picture and television studio operations, Lionsgate (NYSE: LGF.A, LGF.B) brings a unique and varied portfolio of entertainment to consumers around the world.  Its film, television, subscription and location-based entertainment businesses are backed by a 17,000-title library and the largest collection of film and television franchises in the independent media space.  A digital age company driven by its entrepreneurial culture and commitment to innovation, the Lionsgate brand is synonymous with bold, original, relatable entertainment for the audiences it serves worldwide.