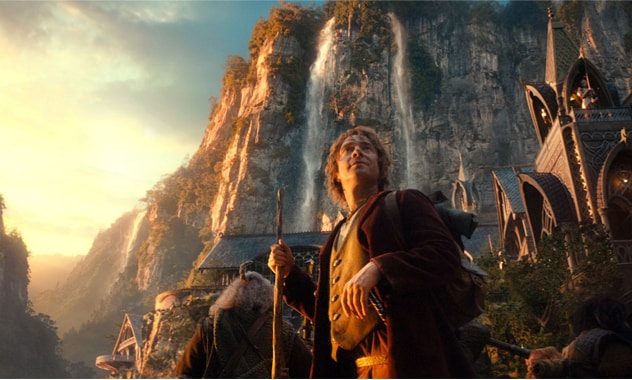 – “The Hobbit: An Unexpected Journey” soared to the top of the global box office in a record-breaking opening, dominating the weekend with an estimated $84.775 million domestically and $138.2 million internationally, for a worldwide estimated total of $223 million, including a record-breaking $15.1 from IMAX theatres worldwide.  Domestically, the film broke records for largest December opening in motion picture history, including Christmas/holiday weekends.  It is also the largest opening for any film in the canon of “The Lord of the Rings.”  The joint announcement was made today by Toby Emmerich, President and Chief Operating Officer, New Line Cinema; Gary Barber, Chairman and Chief Executive Officer, Metro-Goldwyn-Mayer Studios; Jeff Robinov, President, Warner Bros. Pictures Group; Dan Fellman, President of Domestic Distribution, Warner Bros. Pictures; and Veronika Kwan Vandenberg, President of International Distribution, Warner Bros. Pictures.

The CinemaScore coming out of the weekend was an overall A from all audiences, with an A+ from moviegoers under 18.  Opening day showings, starting at midnight on December 14, were sold out, some weeks in advance, and thousands of fans waited in line to be among the first to see the movie.

“The Hobbit: An Unexpected Journey,” a production of New Line Cinema and Metro-Goldwyn-Mayer (MGM) Pictures, is the acclaimed first film in Oscar®-winning filmmaker Peter Jackson’s epic “The Hobbit” Trilogy, based on the timeless novel by J.R.R. Tolkien.

Internationally, the film opened in 56 markets, representing approximately 70% of the total projected final screen count, with such major territories as Australia, Russia, China and others still to come.

Shot in 3D 48 frames-per-second, the film was released in High Frame Rate 3D (HFR 3D) in select theaters, other 2D and 3D formats, and IMAX®.

In making the announcement, Emmerich stated, “It has been a long journey for New Line and our partners to make ‘The Hobbit’ Trilogy a reality.  We’re so privileged to continue the journey we started with Peter Jackson on ‘The Lord of the Rings’ Trilogy.”

Barber added, “MGM is so proud to help bring ‘The Hobbit: An Unexpected Journey’ to audiences the world over.  This film is truly a global event, and touches people in every language.”

Robinov remarked, “Along with our partners, we congratulate the extraordinary Peter Jackson and his entire team of actors and filmmakers on a remarkable start to this grand adventure.  We could not be more proud of this film or more thrilled that fans, old or new, have embraced it.”

Fellman said, “This is such a tremendous start heading into the holiday season.  This time of year always presents a very competitive landscape, so we are incredibly pleased that ‘The Hobbit: An Unexpected Journey’ performed so well across every demographic.”

Kwan Vandenberg noted, “This incredible journey has inspired passionate fans around the world who could not wait to return to Middle-earth, this time with Bilbo, Gandalf and the Dwarves.  These impressive results speak to the universal appeal of this story.”

From Academy Award®-winning filmmaker Peter Jackson comes “The Hobbit: An Unexpected Journey,” the first of a trilogy of films adapting the enduringly popular masterpiece The Hobbit, by J.R.R. Tolkien.  The three films tell a continuous story set in Middle-earth 60 years before “The Lord of the Rings,” which Jackson and his filmmaking team brought to the big screen in the blockbuster trilogy that culminated with the Oscar®-winning “The Lord of the Rings: The Return of the King.”

The screenplay for “The Hobbit: An Unexpected Journey” is by Fran Walsh & Philippa Boyens & Peter Jackson & Guillermo del Toro, based on the novel by J.R.R. Tolkien.  Jackson also produced the film, together with Carolynne Cunningham, Zane Weiner and Fran Walsh.  The executive producers are Alan Horn, Toby Emmerich, Ken Kamins and Carolyn Blackwood, with Boyens and Eileen Moran serving as co-producers.

New Line Cinema and Metro-Goldwyn-Mayer Pictures Present a WingNut Films Production, “The Hobbit: An Unexpected Journey.”  All three films in “The Hobbit” Trilogy, also including “The Hobbit: The Desolation of Smaug,” and the final film, “The Hobbit: There and Back Again,” are productions of New Line Cinema and Metro-Goldwyn-Mayer Pictures (MGM), with New Line managing production.  Warner Bros. Pictures is handling worldwide theatrical distribution, with select international territories as well as all international television distribution being handled by MGM. 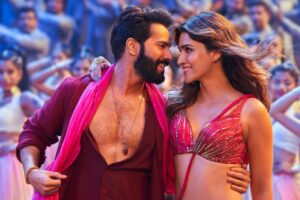 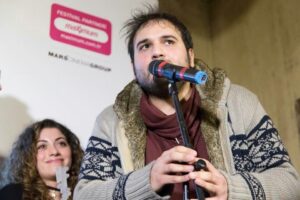 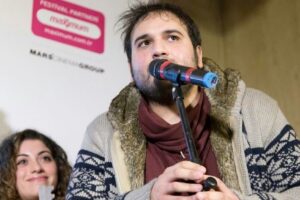