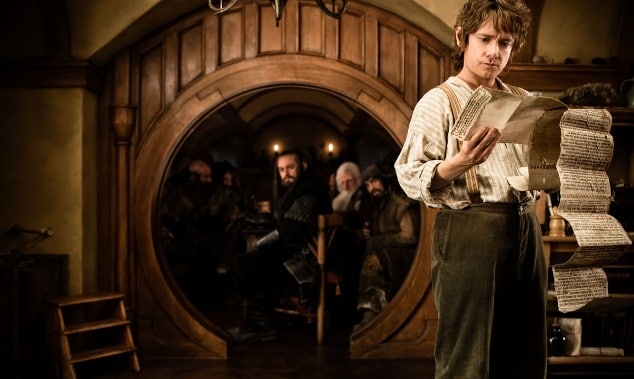 The Hobbit: An Unexpected Journey came away with an estimated $84.8 million at the weekend box office, its studio reported, the largest-ever Friday-Sunday domestic debut for a December release, including James Cameron‘s all-time champ, Avatar. Not even adding international grosses. The Hobbit: An Unexpected Journey, which opened in 56 foreign markets as early as Wednesday, has grossed $138.2 million overseas for a worldwide total of $223 million.

If Peter Jackson‘s latest J.R.R. Tolkien adventure take wasn’t bigger, as some had projected, then there were a couple of possible mitigating factors—one of which wasn’t the Jackson-championed high-frame-rate format.

Jackson and The Hobbit had been on the defensive about the format, which, in the name of picture clarity, projects images at twice the standard speed, since a screening of footage back in April. At first, the criticism was that the look was too TV-like; later, a couple of tweets ostensibly from a preview screening in New Zealand led to talk of how the movie would make audiences queasy, a condition labeled “Hobbit vomit.”

But there appeared to be no notable outbreaks of queasiness at Hobbit theaters this weekend. Indeed, in exit polling, audiences graded the movie an A; children and teenagers were the most enthusiastic, awarding it an A-plus.

The Hobbit was more likely denied a nine-figure opening weekend, a hallmark of the modern-day blockbuster, on account of the calendar. Pre-Christmas, December movies have never performed like movies released in May or July or November.

“We’ll have a much broader audience once the kids get out of school,” Fellman predicted.

Another potential factor: The school-shooting tragedy in Newtown, Conn.

Fellman said he purposely didn’t look to see the breakdown of business in the Northeast region, but allowed, “I am sure it was affected.”

This is the second time in less than six months that there’s been a question as to how gun violence impacted movie attendance. A mass shooting in July at a midnight screening of The Dark Knight Rises depressed all of the box office, and ultimately damaged the Batman movie.

Exhibitor Relations box-office analyst Jeff Bock called the 25 percent drop in business from Friday to Saturday a “concern,” but still saw the movie running up a $300 million domestic gross, roughly the equivalent of Jackson’s first Lord of the Rings movie, The Fellowship of the Ring.

The Hobbit blew past the previous December record-holder, Will Smith‘s I Am Legend, which bowed with $77.2 million in 2007. 2009’s Avatar is now in third place on that list.

Among Jackson’s Tolkien movies, The Hobbit stands as the biggest opener. But when TLOR films’ early-2000 ticket prices are adjusted for inflation (by the numbers-crunching BoxOfficeMojo.com), The Hobbit takes second place to the original trilogy’s concluding chapter, The Return of the King.

Overall, Hollywood saw the box office surge nearly 90 percent over last weekend, Exhibitor Relations reported. With no new major releases beside The Hobbit, the Jackson film did all the heavy-lifting.

Among the holdovers in the Top 10, Steven Spielberg‘s Lincoln held up the best, and broke $100 million domestically.

Here’s the rundown of the weekend’s top movies, per Friday-Sunday domestic estimates as reported by the studios and Exhibitor Relations: