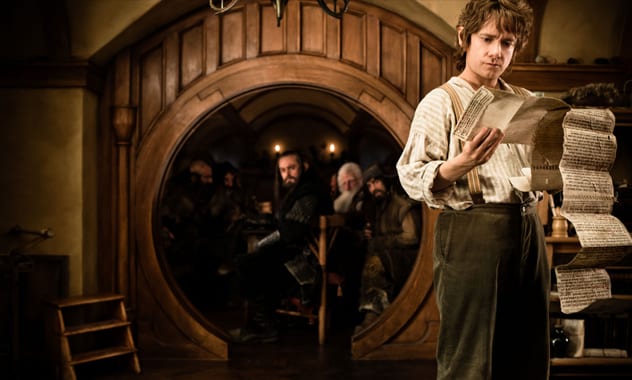 Fans of Peter Jackson’s “The Hobbit” will have to wait a little while longer to see how things turn out — and not because Jackson added a fourth film to his three-part franchise. New Line and MGM announced on Thursday that “The Hobbit: There and Back Again,” the final installment in “The Hobbit” trilogy, will arrive in theaters on Dec. 17, 2014, some five months after its original July 18, 2014 release date.

No reason was given for the move, but perhaps consistency was motivation: Jackson’s three “Lord of the Rings” films (“The Fellowship of the Ring,” “The Two Towers” and “The Return of the King”) all opened between Dec. 17-19, while “The Hobbit: An Unexpected Journey” hit theaters on Dec. 13, 2012. The new trilogy’s second film, “The Hobbit: The Desolation of Smaug,” is set to debut on Dec. 14 of this year.

Events in “The Hobbit,” J.R.R Tolkien’s brief and beloved novel, take place before “The Lord of the Rings.” Jackson had originally intended to make two “Hobbit” films, but decided last summer that three blockbusters would be necessary to bring the story to life.

“It is only at the end of a shoot that you finally get the chance to sit down and have a look at the film you have made,” Jackson wrote on Facebook last July. “Recently Fran [Walsh], Philippa [Boyens] and I did just this when we watched for the first time an early cut of the first movie — and a large chunk of the second. We were really pleased with the way the story was coming together, in particular, the strength of the characters and the cast who have brought them to life. All of which gave rise to a simple question: Do we take this chance to tell more of the tale? And the answer from our perspective as the filmmakers, and as fans, was an unreserved ‘yes.'”

So far, so good for Jackson and the franchise: “The Hobbit: An Unexpected Journey” has topped $980 million worldwide, making it the second biggest Tolkien adaptation ever, behind only “The Return of the King.”