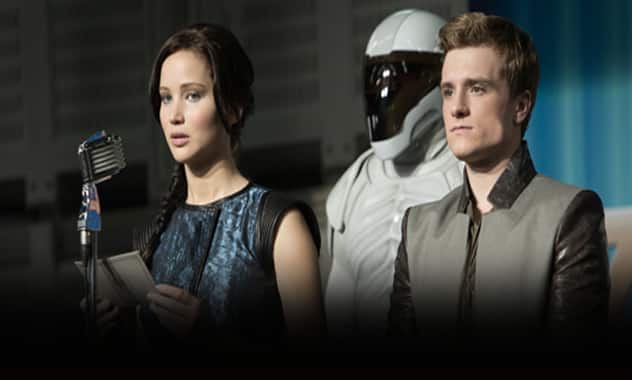 Lionsgate announced that Fandango Chief Correspondent Dave Karger will moderate a panel on Saturday, July 20th at the San Diego Comic-Con, featuring talent and exclusive footage from two of the studio’s upcoming films THE HUNGER GAMES: CATCHING FIRE (opening November 22, 2013, the film stars Jennifer Lawrence, Josh Hutcherson and Liam Hemsworth) and I, FRANKENSTEIN(opening January 24, 2014, the film stars Aaron Eckhart, Yvonne Strahovski and Bill Nighy).  Talent from both films will be in attendance for the panel during which the studio will debut an exclusive new trailer for THE HUNGER GAMES: CATCHING FIRE and never-before-seen footage from I, FRANKENSTEIN.

Fandango fans have been closely following the entire HUNGER GAMES saga from its first day of production.   A January 2013 moviegoer survey of thousands of moviegoers on Fandango found that the film’s follow-up, THE HUNGER GAMES: CATCHING FIRE, was voted the most anticipated movie of the year.

MovieFone & HuffPost Entertainment have co-debuted “Catching Fire” Quarter Quell posters for Enobaria and Brutus, the two past Games winners from District 2, with sister site Moviefone. Check out the posters below. Enobaria and Brutus aren’t the only two Games champions to have their own poster: Katniss and Peeta (over at Yahoo!), Johanna (at MSN), Finnick and Mags (at Empire), Wiress and Beetee (at MTV), and Gloss and Cashmere (at The Los Angeles Times Hero Complex blog), all received some striking new artwork. Luckily, we at zayZay.Com put a little extra in and have put together a so fans can enjoy the whole series of new “Quarter Quell” posters, featuring some favorite District victors from past Hunger Games. The “Catching Fire” Quarter Quell posters, Check out the posters below.

Stay connected for SDCC updates related to these two Lionsgate films by using and searching for the hashtags #CatchingFireComicCon and #IFrankensteinComicCon.