Welcome to The Morning Read.

This week, Dimension Films made anyone who saw “Scream 4” sign a non-disclosure agreement regarding the ending of the film, and it’s smart marketing in a way.  They’ve made sure the ending won’t be printed, and if it is by someone who didn’t sign the NDA, then that becomes the story, and it’s news, and it feeds back into discussion of “Scream 4,” and that’s sort of what they’re counting on.  It led to some awkward interview moments when the cast refused to answer any questions about that ending, even though the press had already seen it, but so be it.  Is discussing the fact that there’s an NDA about the ending the same as discussing the ending?  Is this one of those endless feedback loops?  Simply by typing it out, have I created a paradox that will erase me completely from the timeline?

Speaking of timelines, it appears Commander Future will return in April.  I’ll let you know exactly when it drops, but your feedback helped guarantee his return, so thanks for that.
Now let’s jump into today’s Morning Read and get this weekend underway.  I’ll be working all weekend at press events for “Hanna” and “Your Highness,” but there’ll be plenty of content for you here on the blog, including more of my SXSW catch-up.  There are three separate episodes of the podcast coming as well, including a great one I recorded with James Gunn and Rainn Wilson of “Super.”

It seems sort of amazing that there’s never been a feature film starring Mickey Mouse.  “Fantasia” doesn’t count, because he’s not the star of the thing, appearing instead in just his one segment.  During the press day Disney just had in London for “Winnie The Pooh,” veteran Disney animator Burny Mattinson talked about how he’s developing a pitch for a Mickey/Donald/Goofy feature film, and how he’s getting ready to take it in and try to get the Disney brass to approve it.  I got to know Burny back in the early ’90s, and he’s one of their veteran story guys, someone who’s been part of that system through many different eras of Walt Disney Feature Animation.  I realized when I was at Disneyland with my kids a few weeks ago that they know the characters but have very little first-hand experience with them on film. We watched some of the short cartoons afterwards, and it was interesting to see them react to the characters onscreen for the first time.  It seems like a priority for Disney to bring Mickey back to the mainstream as a character, and last year’s “Epic Mickey” game was a big part of that.  We’ll see what happens with this, but I hope they do finally put their three most iconic characters on the bigscreen for today’s kids to discover them as more than just theme park mascots.

The single best overall read for film nerds that I can recommend today is over at Cinematical, where Peter Hall sat down with Brian Trenchard-Smith to talk about his film “BMX Bandits,” which just came out on Blu-ray.  I know you think I’m being ironic or sarcastic when I say that, because you’re probably wondering what the hell “BMX Bandits” is, but Trenchard-Smith is a very talented guy, and this is a great interview about the industry past and present.  Do yourself the favor.  And if you have kids, “BMX Bandits” is a great film to share with them, an Australian adventure film for young viewers that features a teenage Nicole Kidman with the worst ’80s hair you can imagine.  No, worse than that.  Seriously.

I thought this was a particularly smart profile of Morgan Spurlock and his very funny new movie, “Pom Wonderful Presents: The Greatest Movie Ever Sold.”

What do you think?  Could religion end up becoming extinct?  When I look around at America’s current culture, I can’t imagine a time where we aren’t held hostage by the narrow interests of certain groups who use the Bible and the name of God to justify their agendas.  I can dream, but I have trouble believing it’s ever going to actually happen.  I understand all the positive things that come from religion, including community and charity and moral structure, but I still feel like part of our social evolution has got to be getting past stories of magic and miracles so that we can all move forward as a species.

One of the things that makes Film School Rejects unique is the way they frequently work to create conversation instead of just one-sided critical observation, and in this week’s “Talking Heads” column, Landon Palmer and Cole Abaius debate the idea that there could ever be a positive outcome from studio meddling.

Please, please, please let Michael Connelly get a Harry Bosch film series off the ground with these new investors.  And please let the movies be awesome.  Please?

The Internet is a big creepy rabbit hole, and I have decided to never let my kids use it.  Ever.  You want to know why?  Stories like this one, which you can read the full details of here if you want.  Sad, stupid, and depressing.  I’m guessing “catfish” is going to be listed as a verb in the next major update to the dictionary.

I love that the Getty just found the earliest known film footage of Marilyn Monroe.  What a cool discovery.

“Don’t Look Now” is one of my favorite horror movies.  It has a unique voice, it’s not about any of the typical things horror movies are about, and it packs a wild stylistic punch.  As long as I’ve been a fan of the film, I’ve been aware of the conversation about the sex scene in the movie and the speculation about whether or not Donald Sutherland and Julie Christie were really having sex on set.  I honestly think it’s an infantile thing to care about, but Peter Bart has a book to sell next month, and so now the conversation is all about Bart’s revelation in the book that he was on the set and saw them actually doing it.  Only… I think he’s full of crap.  I’ll say flat-out I don’t believe his story.  I don’t believe he was standing there talking to Nicolas Roeg while two of the most iconic movie stars of the late ’60s/early ’70s were engaged in genuine sex a few feet away.  I just don’t think it’s a credible story, and it doesn’t surprise me at all that Sutherland has blasted Bart as a “mendacious” liar.

Oh, “Duke Nukem Forever,” I hope you never come out just for the way it makes game blogger mental.

This is a great piece on a screenplay site, and if this is the sort of thing more of these sites did, I don’t think anyone would have any issue with them.  This is well-observed and well-argued, and Walter Hill is indeed a badass who younger writers should emulate.

I’m confused.  Why aren’t all ten of the scripts on this list written by me?

How many films do you think they’ll end up making about the Fukishima Fifty?  These guys are doing some of the most important work on the planet right now, and I hope they manage to not only avert a more serious disaster, but that they also manage to come through it with some sort of life to look forward to.

I’m stunned at the idea that a court decision might order an artist to destroy his work, tens of millions of dollars worth of it.  Can’t some other arrangement be made?

I am not a journalist.  I am a goofball who writes about movies.  These guys are journalists, and what they went through is why I’m happy just debating the importance of “Sucker Punch” instead of being dropped into war zones to write about life and death issues.

If you have never been to a film festival, David Ehrlich did a nice job of summing up his experience with SXSW, and I think it communicates exactly what it’s like to work an event like that.

I’ll admit it… this broke me.  Tears on my cheeks.  Wil Wheaton wrote about an appearance he just made to help promote the Blu-ray release of “Stand By Me,” and the way it finally drove home for him the idea that River Phoenix is gone.  It is a beautifully observed piece, and a reminder that Phoenix is still missed, that his death really did leave a hole in Hollywood and in the lives of his friends and family that can never be filled.

Did you watch the short film I posted in the last “Morning Read”?  Ruairi Robinson’s “Blinky” has become a bit of a sensation, and I’m happy for him.  He went through a fairly brutal education at the hands of Hollywood, and he can sum it up better than I can with a cartoon he tweeted last night.

And on that note, we’ll wrap it up for today.  Still lots to write and post, so keep checking in all weekend long.

The Morning Read appears here every Monday, Wednesday, and Friday.  Except when it doesn’t. 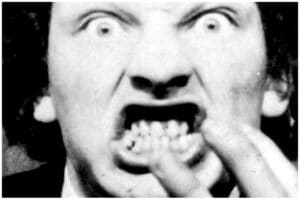 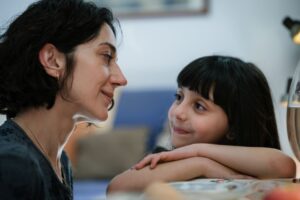 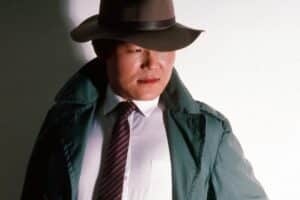