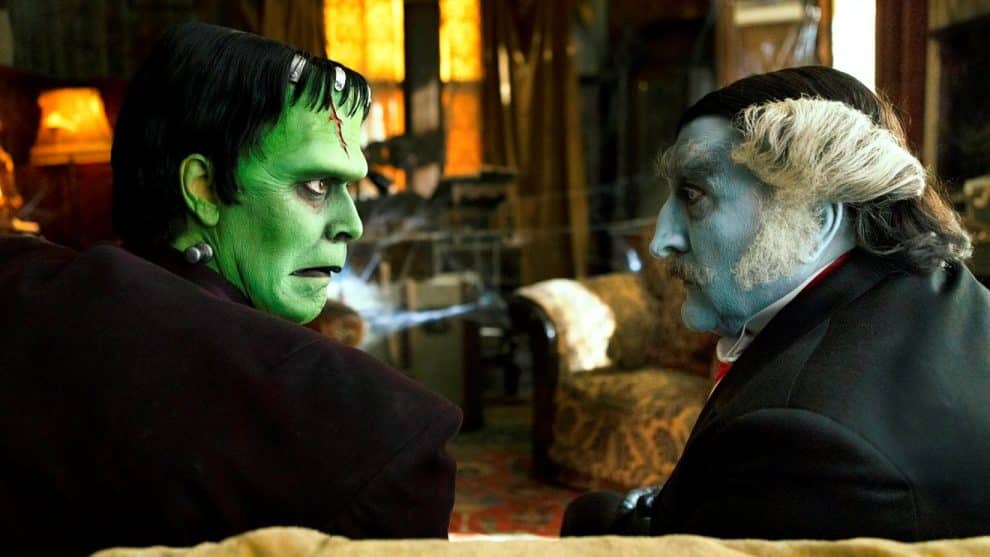 OWN IT ON DIGITAL, BLU-RAYTM AND DVD SEPTEMBER 27, 2022
FROM UNIVERSAL PICTURES HOME ENTERTAINMENT

Universal City, California, July, 2022 – Rob Zombie (3 From Hell, House of 1000 Corpses, The Devil’s Rejects) digs up the origin story of everyone’s favorite monster family in the brand-new movie, THE MUNSTERS, a hilarious and heartfelt comedy about Lily and Herman’s courtship that is sure to surprise and delight fans of all ages. Showcasing Zombie’s signature stylized look and vibrant color palette, the film is available to own as a Collector’s Edition on Digital, Blu-ray™, and DVD on September 27, 2022 from Universal Pictures Home Entertainment and Universal 1440 Entertainment, a production arm of Universal Filmed Entertainment Group. Packed with zany humor, larger-than-life characters, and a groovy 60’s vibe, THE MUNSTERS Collector’s Edition is filled with over an hour of exclusive content including unseen behind-the-scenes footage with writer and director Rob Zombie and cast as well as feature commentary with Rob Zombie, taking viewers deeper into this hauntingly sidesplitting adventure and the kooky undead family, just in time for Halloween.

From writer/director Rob Zombie comes the strangest love story ever told. Lily is just your typical 150-year-old, lovelorn vampire looking for the man of her nightmares . . . that is until she lays eyes on Herman, a seven-foot-tall, green experiment with a heart of gold. It’s love at first shock as these two ghouls fall fangs over feet in this crazy Transylvanian romance. Unfortunately, it’s not all smooth sailing in the cemetery as Lily’s father The Count has other plans for his beloved daughter’s future, and they don’t involve her bumbling beau, Herman. You’ll laugh, you’ll cry, you’ll howl at the moon as The Munsters make their way to Mockingbird Lane!

The Munsters will be available on Blu-rayTM, DVD and Digital.