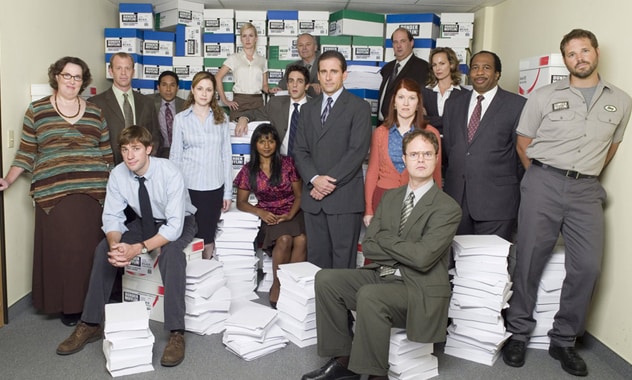 It’s no secret that the future of “The Office” is in question. But according to a new Deadline.com report, NBC is now looking at ways to reboot the long-running comedy.

Key players Jenna Fischer, John Krasinski, Ed Helms and B.J. Novak are all only under contract through the current eighth season. In late March 2012, TV Guide Magazine reported Helms and Krasinski were close to signing new deals for “The Office” Season 9, but those depend on their growing slate of movie projects.

Meanwhile, Rainn Wilson and “The Office” executive producer and showrunner Paul Lieberstein are at work on the Dwight Schrute spinoff and Mindy Kaling shot an untitled comedy pilot at Fox. Helms also has a guest starring role in Kaling’s pilot.

After Steve Carell left “The Office” in Season 7, James Spader joined the cast, but will depart at the end of Season 8.

Deadline.com reports “The Office” executive producer Greg Daniels is set to meet with NBC to discuss his idea for “The Office” reboot that would include a mix of new and old characters. Many have speculated if Season 9 happens, it could be the last.

Lieberstein told Vulture in March that he “see[s] another year … A full year, and a great year. After that, it’s for Greg [Daniels] and NBC to decide.”

A source told TV Guide that “it’s likely to be written for some of the characters as a last year … but if a couple new characters are introduced or other story ideas emerge, you just never know.”