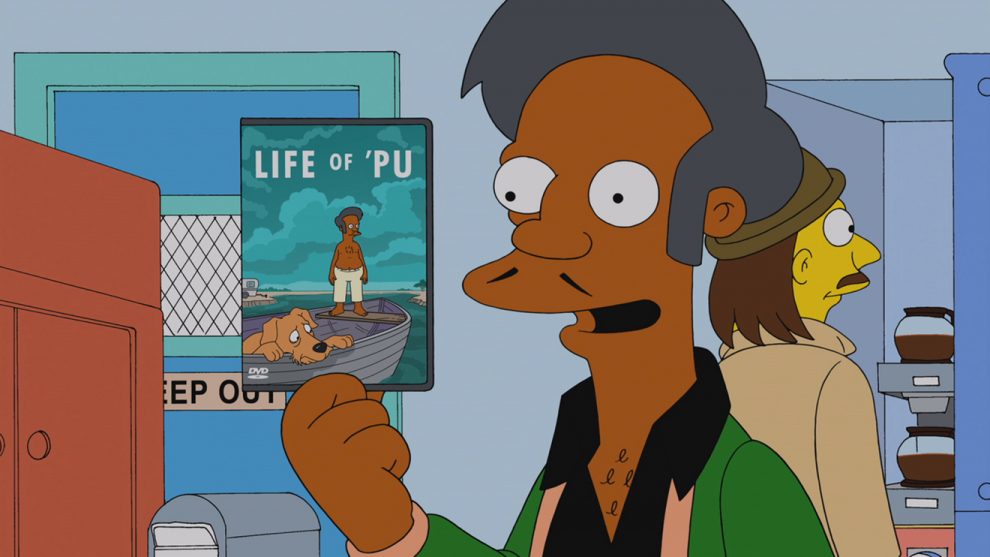 Throughout the last year, as the controversy surrounding the problematic Simpsons character Apu has heated up, the show producers have struggled with how to address the situation.

Last year, comedian Hari Kondabolu released the documentary The Problem With Apu, which analyzed how the Simpsons character perpetuates South Asian stereotypes. “I can’t get over that ridiculous voice that’s unrealistic and goofy and the setting he’s in and the fact that there are about ten jokes that repeat themselves, like gods with multiple heads and arms, curry, the Kwik-E-Mart, go to the Himalayas,” he told me.

In response, show creator Matt Groening seemed to simply not give a shit. “People love to pretend they’re offended,” he said about the Apu controversy in April. Meanwhile, the show itself addressed the conversation surrounding Apu last season, when Lisa asked in an episode: “Something that started decades ago and was applauded and inoffensive is now politically incorrect. What can you do?” The camera pans over to a photo of Apu on her nightstand signed with the words: “Don’t have a cow. Apu.”

The show seemed to be writing off the entire controversy. Rather than take the opportunity to redeem Apu’s character, the show chose to ignore the actual issue at hand and dodge difficult conversations.

It was an ineffective solution to the problem. Hell, even South Park took The Simpsons to task for the whole Apu situation. And now, according to reports, the show is going to completely rid itself of Apu’s character. In an interview with IndieWire, Adi Shankar, a YouTube personality and producer behind films like The Grey and Lone Survivor, said, “I’ve verified from multiple sources now: They’re going to drop the Apu character altogether … They aren’t going to make a big deal out of it, or anything like that, but they’ll drop him altogether just to avoid the controversy.”

In April, Shankar, who is Indian-American, put out a call for spec scripts for The Simpsons, asking the public to help fix the show’s Apu problem. Shankar told IndieWire he had found the perfect script, but has since heard from people at the Simpsons that Apu is on the way out. Esquire reached out to Fox for comment and will update this post with the response.