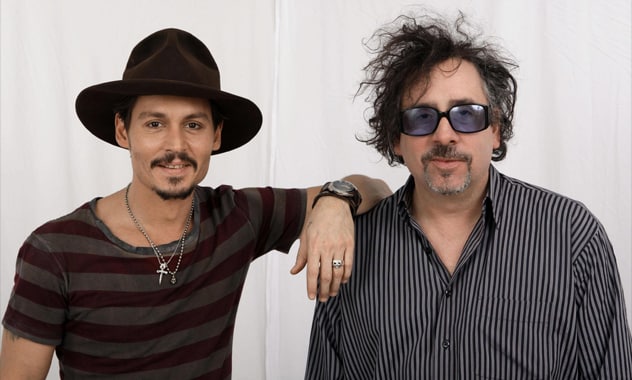 Film-maker Tim Burton has said he is “honoured” that his stop-motion 3D animation Frankenweenie has opened the BFI London Film Festival.

“It was made here, so it has extra special meaning,” the director told the BBC at the film’s European premiere in Leicester Square.

The black and white film tells the story of a boy who tries to bring his pet dog Sparky back to life.

The 12-day film festival will showcase 225 features from around the world.

Frankenweenie was made at London’s Three Mills Studio and is a longer version of a short film for Disney that Burton made in 1984.

Burton was joined at the opening gala on Wednesday night by his partner Helena Bonham Carter.

Earlier in the day it was announced that the couple will be presented with the BFI’s highest honour, the BFI Fellowship, at this year’s awards ceremony on 20 October.

Also walking the red carpet were Martin Short, Martin Landau and Catherine O’Hara, who all voice characters in the film, which references classic monster movies such as Dracula, The Mummy and Godzilla. 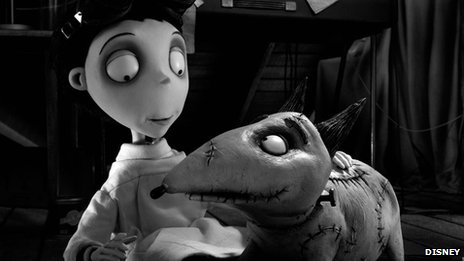 Many of the cast have worked with Burton before, O’Hara on Beetlejuice and The Nightmare Before Christmas, Short on Mars Attacks! and Landau on Ed Wood.

“I was reunited with a lot of people I haven’t worked with in a while,” Burton said, “and as it’s such a personal project it made it even more special for me.”

Clare Stewart, the London Film Festival’s new director, described Burton as a “visionary director” and said Frankenweenie was ideal for the opening gala.

“This film was made in London with over 200 British craftspeople, so it felt like the perfect choice, not only because of Tim’s vision, but also because of that very British contribution.”

This year’s festival, the 56th, is four days shorter than in 2011. Stewart has opted for a more streamlined approach with the film programme divided into themes such Love, Laugh, Cult, Thrill and Debate

The festival closes on 21 October with Mike Newell’s adaptation of the classic Dickens novel Great Expectations.

Also being screened is The Sessions, which stars John Hawkes as a polio patient in an iron lung who enlists a sex surrogate (Helen Hunt) in order to lose his virginity.

Among the 14 world premieres are Crossfire Hurricane, a documentary about the Rolling Stones that coincides with the band’s 50th anniversary. The Stones are expected to walk the red carpet for the premiere on 18 October.

Other films have already been seen on the festival circuit at Sundance, Cannes, Venice and Toronto – such as Michael Haneke’s Cannes Palme d’Or winner Amour, Thomas Vinterberg’s The Hunt and Mira Nair’s The Reluctant Fundamentalist.

Several of the bigger titles in London – including Frankenweenie – are being screened at the same time as the premieres in dozens of cinemas across the UK.

New features from Michael Winterbottom, Sally Potter, Martin McDonagh and Jacques Audiard are among the 12 titles competing for the festival’s best film award.

The winner will be decided by a jury chaired by playwright, film and theatre director, Sir David Hare.