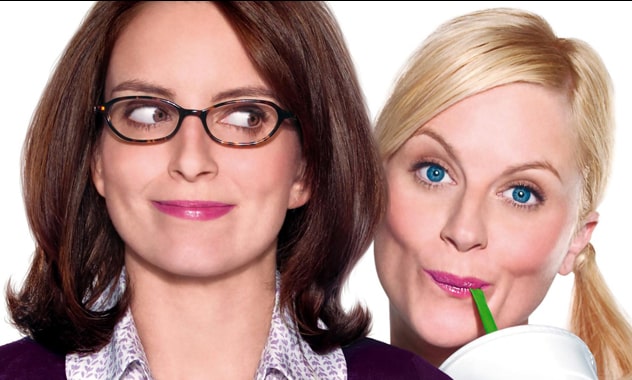 Tina Fey and Amy Poehler will host the Golden Globes ceremony on Jan. 13, 2013.

Fey and Poehler have a long history of working together. In addition to acting as co-anchors on the “Saturday Night Live” Weekend Update desk from 2004 to 2006, Fey and Poehler co-starred in the 2004 film “Mean Girls” and the 2008 film “Baby Mama.” As recently as this past weekend, Fey and Poehler connected on stage at the Comedy Central charity event “Night of Too Many Stars” and auctioned off a night of their friendship to raise money for autism awareness. (Their friendship earned $46,000 each.)

At the 2012 Golden Globes, Fey photobombed Poehler when Poehler’s name was read as a nominee for Best Actress – Television Series Musical or Comedy.

The decision to hire Fey and Poehler to host the Globes isn’t all that surprising: The pair have a longstanding relationship with NBC (from “SNL” to “30 Rock” and “Parks and Recreation”), the network that airs the Golden Globes. As recently seen with Jimmy Kimmel and Neil Patrick Harris — as, respectively, emcees of the Emmys on ABC and the Tony Awards on CBS — having a connection with the ceremony’s home network is a plus for potential awards show hosts. (That’s part of the reason why Seth MacFarlane was such an out-of-left-field choice to for the 85th annual Academy Awards; he’s closely connected to Fox with “Family Guy” and NBC/Universal with “Ted.”)

The Golden Globes honor the best in television and film as determined by the Hollywood Foreign Press Association. The awards are usually handed out before the Academy Award nominations are announced, but that won’t be the case in 2013: The Oscar nominations will occur on Jan. 10, 2013, three days before the Globes telecast.

For more on the decision to hire Fey and Poehler, head over to THR.