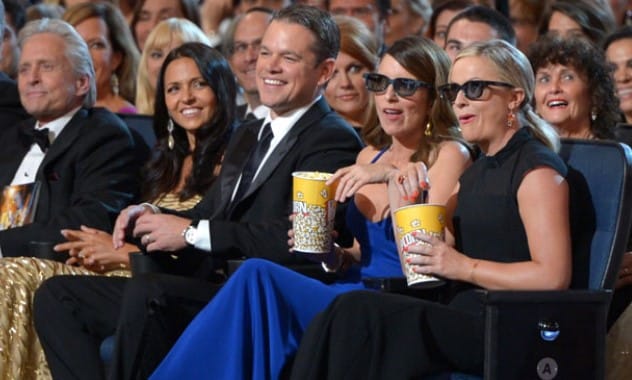 Rejoice, Earth! Two months after it was rumored that Tina Fey and Amy Poehler would return as hosts for the 2014 Golden Globes, the Hollywood Foreign Press Association announced that the “Saturday Night Live” alumni will emcee both next year’s ceremony and the 2015 affair.

Tina Fey and Amy Poehler to return as hosts of the 71st Annual Golden Globe Awards, and the 72nd in 2015. #Television #actors

“It’s wonderful news,” Theo Kingma, the Hollywood Foreign Press Association’s president, said in a press released announcing the news. “They have always been our first choice as hosts and we’re delighted they are back for the next two years.”

Indeed, Fey and Poehler were a perfect match for the Golden Globes ceremony earlier this year. The 70th annual Golden Globes were the awards show’s most-watched broadcast in six years, besting even the ratings provided by previous host, Ricky Gervais. Fey and Poehler also received rave reviews for their work on the show. (“They killed, noted Vulture.)

That Fey and Poehler would want to return is far from a surprise, as Fey expressed interest in doing the job again immediately following January’s ceremony. “Oh my gosh, we’ll see, we’ll see,” Fey told Access Hollywood in January. “It certainly was fun, we did have a good time. We’ll see if they want us back.”

Fey and Poehler were last seen together at the 2013 Emmy Awards, where they prodded host Neil Patrick Harris to take his pants off:

Watch Fey and Poehler’s 2013 Golden Globes monologue below, just because it’s pretty much perfect. The Golden Globes air on NBC on Jan. 12, 2014.