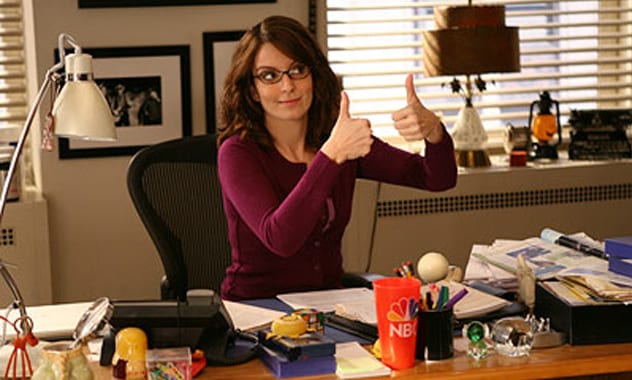 Tina Fey, the star and creator of “30 Rock” said the show is doing another live episode for one reason: NBC asked them to. ” … I’m always paranoid,” she told The New York Times. “I’m like, ‘We’ve got to say yes so they don’t let someone else do it.'”

Like last year, Beth McCarthy-Miller will direct both the East and West Coast versions. Fey said one the biggest lessons they learned was the show cannot have the same feel as a taped one.

“[T]his time we’ve just let it have a different style and structure,” she told The New York Times. “Some people — I would say at least half the people I could find — could get on board perfectly fine with it.”

“Tina was in like every scene, and we had to figure out how to get her from set to set,” “30 Rock” director McCarthy-Miller told The Hollywood Reporter in 2011. “Using Julia Louis-Dreyfus to play Liz Lemon in flashback scenes was the most genius idea in the world. She was so perfect.”

The plot for the Season 6 live episode of “30 Rock” — read NBC’s description below — certainly lends itself to guest stars, and Fey said there will be plenty of famous faces stopping by. “We have a lot of people coming — people I would call friends of the show and friends of comedy in general,” she told The Times.

The future of “30 Rock” has been a much buzzed about subject with sinking ratings and tweets from series star Alec Baldwin. Fey recently appeared on “The View” and confirmed the end of the series is near. When asked to explain Baldwin’s tweet about leaving NBC, Fey said, “I think that he just maybe means that the end of the show — we’re in six years — that the end of the show is visible on the horizon. We’re all still on the show.”

Fey told The Times that she’s hoping she gets word of the ending, so she has time to write the ending of the series.

Read the official description for “30 Rock’s” second live episode below and for more from Tina Fey on “30 Rock,” click over to The New York Times.

When their Kabletown bosses announce they will no longer pay for ‘TGS’ to be a live show, Liz Lemon (Tina Fey) and Jack Donaghy (Alec Baldwin) realize their lives will actually be easier if they shoot canned episodes fast and cheap. Only Kenneth the Page (Jack McBrayer) objects, urging that nothing can replace the communal experience of live television. He tries to convince the ‘TGS’ staff to fight for their right to be live by taking them and our audience through a magical look back at the illustrious history of Studio 6H.

Justin Bieber, Mariah Yeater Song: Star Wrote A Tune About Woman Who Claimed To Have His Child
‘Keeping Up With The Kardashians’ Renewed For 3 More Seasons