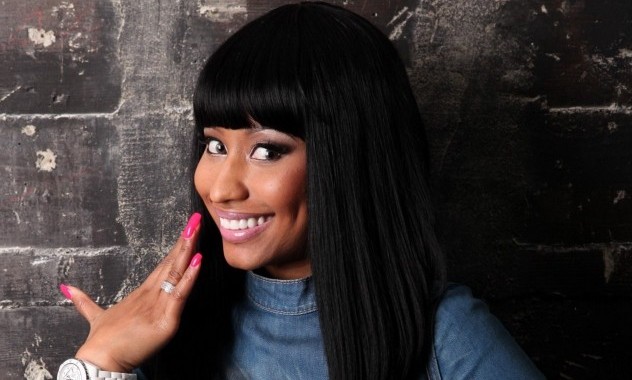 Nicki Minaj wants her fans and followers to know that often takes a shower. When she makes the decision to wash up, the rapper does it completely naked! How about that?

Although some might classify the rapper’s recent series of photos as cry for attention, Minaj is actually a lot smarter than that. Since certain parts of her anatomy are frequently the source of obsession for some fans, she recently decided to capitalize on her sexuality. Call it trashy if you must, but it’s pretty smart marketing from where we’re sitting.

Not only do fans get to see pics of Minaj without a shirt — in a safe for work way, of course — they also get a few shots of the rapper wringing out her hair. If that doesn’t convince you to pick up an album or one of her other products, then you’re clearly not a true Nicki fan. That’s a joke, by the way.

Check out a few images from Nicki Minaj’s recent trip to the shower below. All of images are lurking over at the rapper’s official Instagram page:

Minaj eventually revealed on Twitter that she shared the photos to show the world what her hair looked like after it was relaxed. Nicki explained, “Sherika sat there and let me relax my hair after four years. TT can’t believe I did it.”

Of course, there are ulterior motives behind the Instagram photos. According to Nicki Minaj, she has a line of haircare products on the way to retail shelves. To show everyone how they work, the rapper decided to post the pics online.

Here’s hoping her latest business venture goes off without a hitch. The Inquisitr previously reported that Nicki was recently slapped with a $30 million lawsuit after she cut stylist Terrence Davidson out of a lucrative deal involving his creations. The suit was officially filed in Atlanta district court last month.

“Nicki Minaj is reaping great success and financial bounty reward for Terrence’s creative expertise, and he is entitled to participate in that. Someone’s got to stand up for the artist. We applaud the fact that she’s making millions, but she’s also got to pay bounty to those whose creative designs she’s making millions off of,” attorney Christopher Chestnut told CNN.

CALLE 13 Confronts The Guns, Violence & Materialism of Hip Hop Fame With New Video ft the legendary Willie Mays
RIO 2 AND THE WALK OF FAME IS COMING TO MIAMI