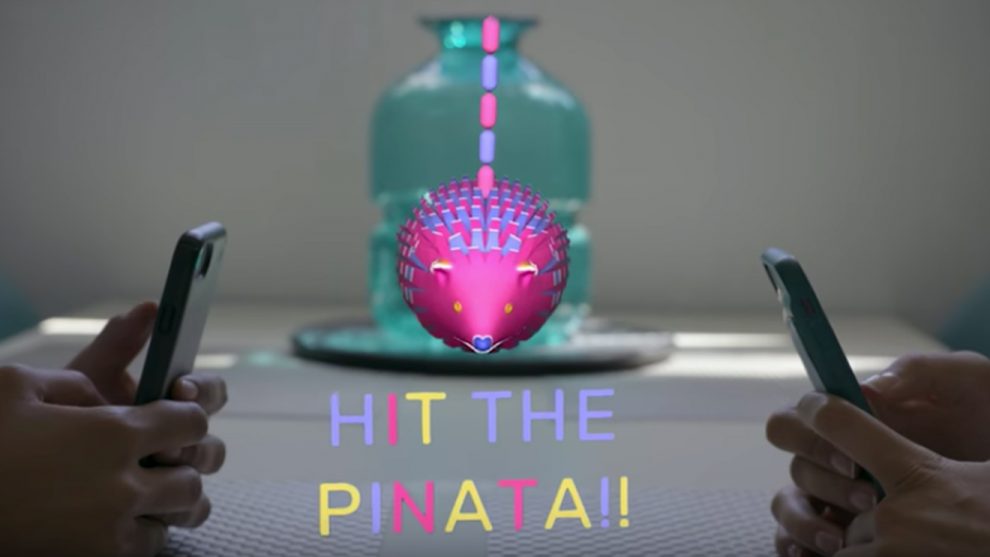 Why deal with the mess of a real pinata when you can break open one in ​augmented reality (AR)​?

Watch the videos below to see how it works!

Available now on the App Store, this will be the first game created by Krikey, as well as the first networked AR game available to smartphone users. The company, launched publicly in February 2018, and specializes in 3D AR objects that interact with the real world, including a lion, black panther, and manta ray.

Jhanvi and Ketaki Shriram, the founders of Krikey

Utilizing complementary skills in entertainment and technical research, the Shriram sisters have dedicated their careers to innovate and push the boundaries of what is possible in storytelling. The two sisters grew up in the Silicon Valley area and attended Stanford University where start-up culture ran deep throughout the community and campus.

In 2012, they came together to work on a feature film titled “True Son” that premiered at the 2014 Tribeca Film Festival and was acquired by FusionTV/Univision. Their collaboration on the film showed that they could work well together, leading them to write scripts and create VR films as a team, before landing in Augmented Reality.

Looking to create a company and culture that they could be proud of, the sisters founded Krikey in December 2016 while attending Stanford. Krikey is an Augmented Reality mobile application that enables users to create and share videos featuring 3D AR objects and characters that interact with the real world. Jhanvi and Ketaki designed Krikey to help build the next generation of storytellers using AR by breaking down the barriers between fantasy and reality. The sisters hope that users and creators will use the app to tell raw and interesting stories with the objects and characters.