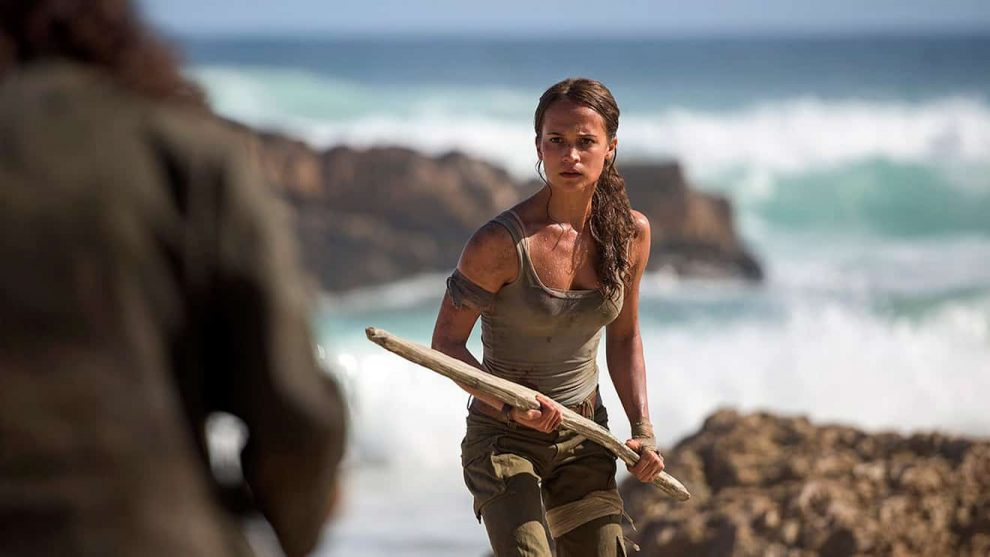 Lara Croft fans can finally get an official glimpse at Alicia Vikander as the famous action heroine in Warner Bros. and MGM’s “Tomb Raider.”

In studio-approved still pictures obtained by Vanity Fair, Vikander takes on the role first made famous by the video game series and the two films starring Angelina Jolie.

Last April, the Oscar winner was cast as Lara Croft in the reboot. Norwegian filmmaker Roar Uthaug (“The Wave”) is directing the action-adventure movie, which is based on the popular Eidos video games that have sold more than 35 million units worldwide. Dominic West and Walton Goggins also star.

The film will take a different path from two previous films, which starred Jolie as Lara Croft and Jon Voight as her father. Vikander’s portrayal of Croft will be in the spirit of the video game series’ 2013 reboot, which also focused on Lara Croft’s origins and her first adventure as an archaeologist.

In February, leaked on-set photos of Vikander as Lara Croft had fans buzzing, with people on Twitter calling the casting “perfect” and “true art.”

“Well done who cast Alicia Vikander for Lara Croft in the new movie. She looks exactly Lara Croft from the game launch recently,” tweeted one user.

“I didn’t know what true art was until i saw Alicia Vikander as Lara Croft,” wrote another.

However, as soon as the on-set paparazzi photos shot on location in South Africa started going viral, there were inevitably a handful of haters not happy with Vikander’s casting.