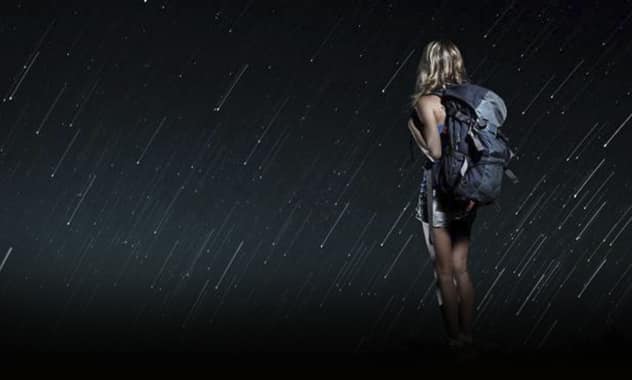 An asteroid the size of three football fields is set to make a close brush of Earth on Monday (Feb. 17), and you can watch the flyby in a live webcast.

Near-Earth asteroid 2000 EM26 poses no threat of actually hitting the planet, but the online Slooh Space Camera will track the asteroid as it passes by Earth on Monday. The live Slooh webcast will start at 9 p.m. EST (0200 Feb. 18 GMT), and you can also watch the webcast directly through the Slooh website.

You can also watch the asteroid broadcast live on Space.com. Scientists estimate that 2000 EM26 is about 885 feet (270 meters) in diameter, and it is whizzing through the solar system at a break-neck 27,000 mph (12.37km/s), according to Slooh. During its closest approach, the asteroid will fly about 8.8 lunar distances from Earth.

“We continue to discover these potentially hazardous asteroids — sometimes only days before they make their close approaches to Earth,” Slooh’s technical and research director, Paul Cox said in a statement. “Slooh’s asteroid research campaign is gathering momentum with Slooh members using the Slooh robotic telescopes to monitor this huge population of potentially hazardous space rocks. We need to find them before they find us!”

The shockwave caused by the explosion damaged thousands of buildings and left thousands of people injured, but no one was killed. The approximately 65-foot-meteor (20 m) exploded 18 miles (29 km) above the ground, and it released the energy equivalent of about 20 atomic bombs, Slooh officials said.

“On a practical level, a previously-unknown, undiscovered asteroid seems to hit our planet and cause damage or injury once a century or so, as we witnessed on June 20, 1908 and February 15, 2013,” Slooh astronomer Bob Berman said in a statement. “Every few centuries, an even more massive asteroid strikes us — fortunately usually impacting in an ocean or wasteland such an Antarctica. But the ongoing threat, and the fact that biosphere-altering events remain a real if small annual possibility, suggests that discovering and tracking all NEOs, as well as setting up contingency plans for deflecting them on short notice should the need arise, would be a wise use of resources.”

Pieces of the Russian meteorite will be awarded to seven gold medal winners on Saturday at the 2014 Winter Olympics in Sochi, Russia.

The Slooh webcast will include commentary from Mark Boslough, an expert on planetary impacts. You can participate in the broadcast by using the hashtag #asteroid to ask questions during the 2000 EM26 show.

Jimmy Fallon’s “The Tonight Show” Debuts With Everyone Who Believed in Him…Or Didn’t
Angelina Jolie tells the tale of a man that overcame suffering and hatred and inspired a nation: The True Story of Louis Zamperini