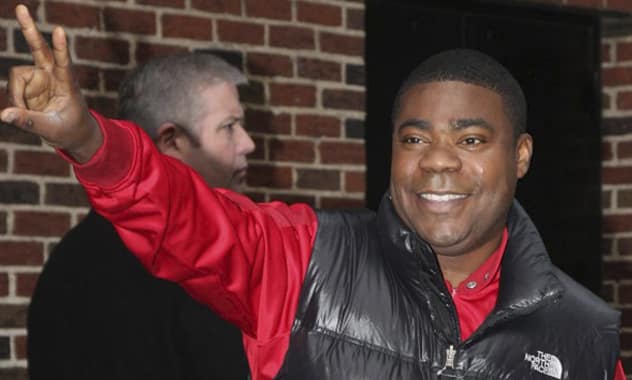 Just months after collapsing at Sundance, Tracy Morgan has fallen ill again. TMZ reports that the “30 Rock” star was hospitalized on Saturday for “flu-like symptoms and dehydration” while in Denver, Colorado. Morgan, 43, was set to perform at Comedy Works South at a Denver venue Saturday night, but canceled his show after experiencing sickness (full refunds are being given to ticket-holders).

HuffPost Denver editor Matt Ferner was at the scheduled comedy show, and thought the cancellation was a joke at first. “The emcee came out and told us that Tracy was feeling sick and wasn’t going to come on. The crowd thought it was a joke at first. But it quickly sunk in how serious this was when the manager of Comedy Works South came out to tell us that Tracy was hoping to feel well enough to perform for the 10 p.m. show, but that there was no way they were going to let him because he was in such bad shape,” he said.

TMZ has also published photographs of a wheelchair-stricken Morgan being ushered around the Denver International Airport Sunday morning, before flying back to his hometown of New York.

A rep for Morgan told GossipCop: “He is fine. He had the flu before he left [for the trip].”

In January, Morgan had a scare after falling unconscious at an awards ceremony at the Sundance Film Festival in Park City, Utah. Though Morgan reportedly appeared“out of control, yelling and falling onto the ground” at the event, reps for the comedian said there was no alcohol in his system and blamed the collapse on “a combination of exhaustion and altitude.”

“Superman ran into a little kryptonite. The high altitude in Utah shook up this kid from Brooklyn. Thank U 2 the hospital staff. Back at work 2morrow shooting 30 Rock. Holla at me! Gotta thank the AMAZING medical staff and all my supporters! Love you. #GOgiants @Giants #ALLIN,” Morgan tweeted about the incident shortly thereafter.