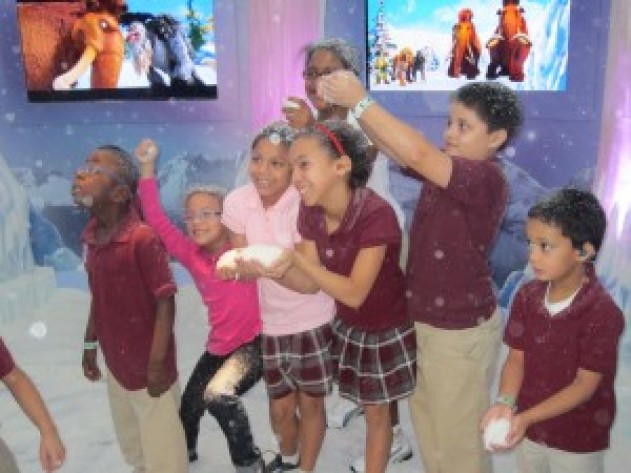 ZayZay.Com was invited to capture the excitement of local deaf and hard-of-hearing children, who were among the first to experience the signing picture-in-picture feature in a major movie release. In addition, the children were welcomed to walk through the multi-sensory Ice Palace, be entertained by performers, enjoyed arts & crafts, snow cones, dancing and finished the event with a visit from a Signing Santa. Check out some of the pics below.