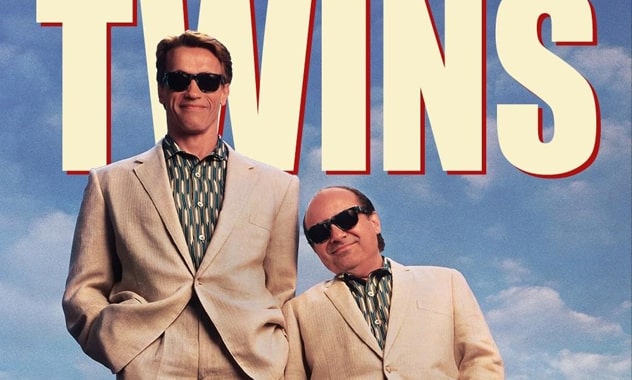 On March 29, plans were announced for “Triplets,” a sequel to the 1987 comedy “Twins,” with original stars Arnold Schwarzenegger and Danny DeVito being joined in the film by Eddie Murphy. This was not a story in The Onion, but one reported by mainstream media outlets like THR and HuffPost Entertainment.

In April, Schwarzenegger commented on “Triplets” with the cold calculation of a future studio president:

“I can see a poster, a billboard, with us three,” he said, before adding this tag line: “‘They found another one. Triplets. Only their mother can tell them apart.'”

“I would do that in two seconds, because that’s real entertainment,” continued Schwarzenegger. “You come out with that movie for Christmas, like December 5th or something like that, and you’re home free. Just like with the other one.”

About that other one: Directed by Ivan Reitman, “Twins” was released on Dec. 9, 1988, and grossed $216 million worldwide after costing just $15 million to produce.

However, before you rush out to get tickets for “Triplets” — or to stock up on condensed milk — Reitman is here with some real talk: The “Twins” sequel may not happen, because it barely even exists beyond stories written about its development.

“With ‘Triplets,’ I’m quite nervous about it,” he told Collider. “I think it’s somebody’s commercial idea, and usually that’s a scary thought. There’s no writer, and there’s no idea yet. I think that was more of a press release than anything else.”

And you thought movies based on theme park rides were bad. Press release blockbusters, y’all: the final frontier?

For more on Reitman, including his thoughts on where “Ghostbusters” should go, head over to Collider.