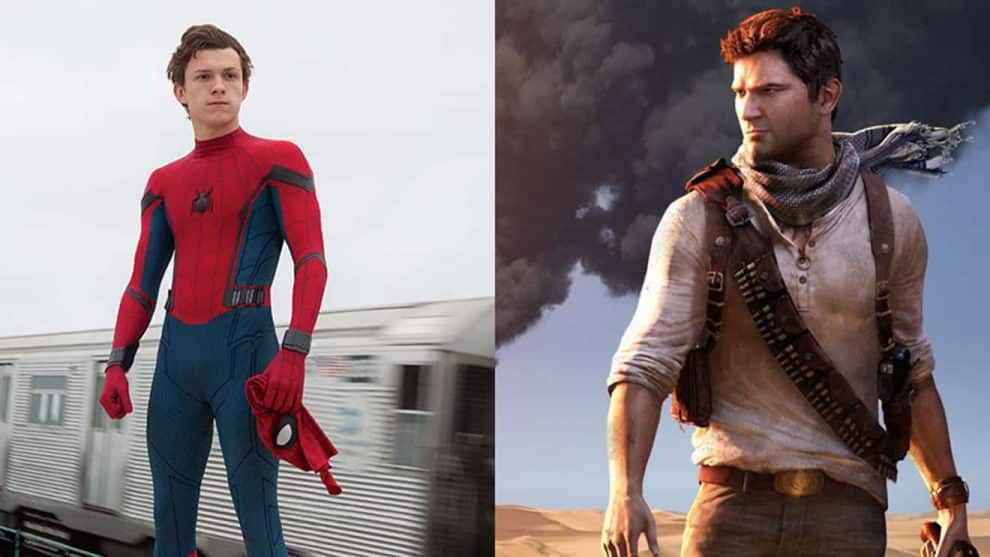 t’s been a while since we’ve heard anything on Sony’s Uncharted film project, which will be directed by Shawn Levy (Real Steel) and reportedly features Tom Holland (Spider-Man: Homecoming) in the lead role of a young Nathan Drake. But today, on his Instagram account, Holland once again teased that he would be taking up the role of the adventurer in his youth.

A Twitter user by the name of Cade Onder found a video over on Holland’s Instagram account featuring a title screen for the PlayStation 4 game Uncharted: The Nathan Drake Collection (which features Uncharted: Drake’s Fortune, Uncharted 2: Among Thieves and Uncharted 3: Drake’s Deception remastered in HD), along with the words “For research purposes.” It doesn’t look like the video is up anymore (he might have taken it down at Sony’s request), but you can check it out in archived form below.

Seems like Tom Holland is officially locked in as Nathan Drake, as of earlier this year it sounded like there was some question about it.

Could be filming in 2018? pic.twitter.com/kaMinvzypP

This could really mean anything, since Sony hasn’t made any announcements, but it looks like Holland may very well be going through with the role of young Drake after all, and could possibly be hinting at a production start sometime in 2018.

Without Sony’s say, it’s too hard to tell what to take from this video, but this isn’t the first time that young Holland has leaked information from a project he’s working on. In fact, Marvel would only let him read the script pages of Marvel’s Avengers: Infinity War that he has dialogue for, if only because they were worried he might leak out important secrets.

We’ll let you know if Sony makes any announcements pertaining to the start of the film’s production, but you probably shouldn’t expect it in theaters until sometime in 2019, at the very least.

In the meantime, we highly suggest checking out Uncharted: The Nathan Drake Collection for PlayStation 4. It’s a fine trilogy to revisit, and will totally get you pumped for Uncharted 4 and Uncharted: The Lost Legacy. Plus, hey, if Tom Holland likes it, so will you.