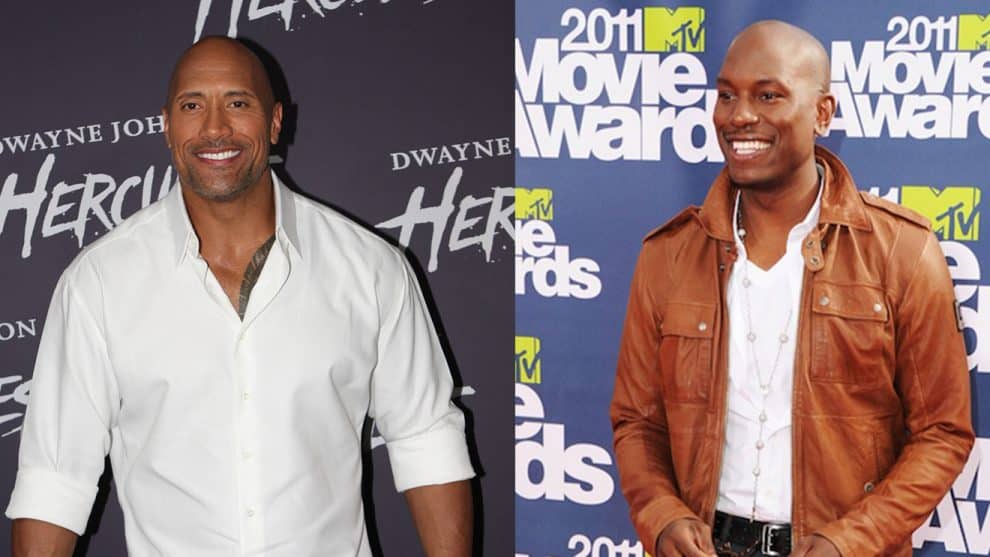 Tyrese Gibson is once again criticizing The Fate of the Furious co-star Dwayne “The Rock” Johnson in their ongoing feud surrounding the Fast and Furious movies.

Gibson, 38, has been critical of Johnson in the past, stemming from differences on the set of Fast 8. Johnson, 45, also had disagreements with fellow star Vin Diesel.

In a new Instagram post, Gibson criticized “The Rock” and threatened to drop out of the next Fast and the Furiousfilm if he had to share credits with Johnson.

“I’m sorry to announce that if Dewayne [sic] is in ‘Fast 9’, there will no more Roman Pierce,” he captioned a photo of himself, Johnson and Diesel on Instagram. “You mess with family and my daughters survival I mess with yours. Close your eyes dude you’re a ‘Clown’.”

Gibson is currently in a legal battle with his ex-wife, who accused him of abusing their daughter in court documents.

And things only got more tense from there, with Gibson accusing Johnson of using steroids. “#CandyAssB**chMade All my real one… Men on integrity… Folks that go to the gym and get big naturally #NoJuice #NoOJ.”

Gibson also addressed the planned 2019 spinoff movie with Johnson and Jason Statham. “Spin-off huh? Spin off these nuts selfish champ,” he wrote before addressing the Instagram photo. “Pause, notice who has got his arms around my shoulder and who is standing alone.”

The Fate of the Furious was a huge box office success despite differences among cast members, grossing over $1.2 billion and scoring 2017’s second-most successful release.