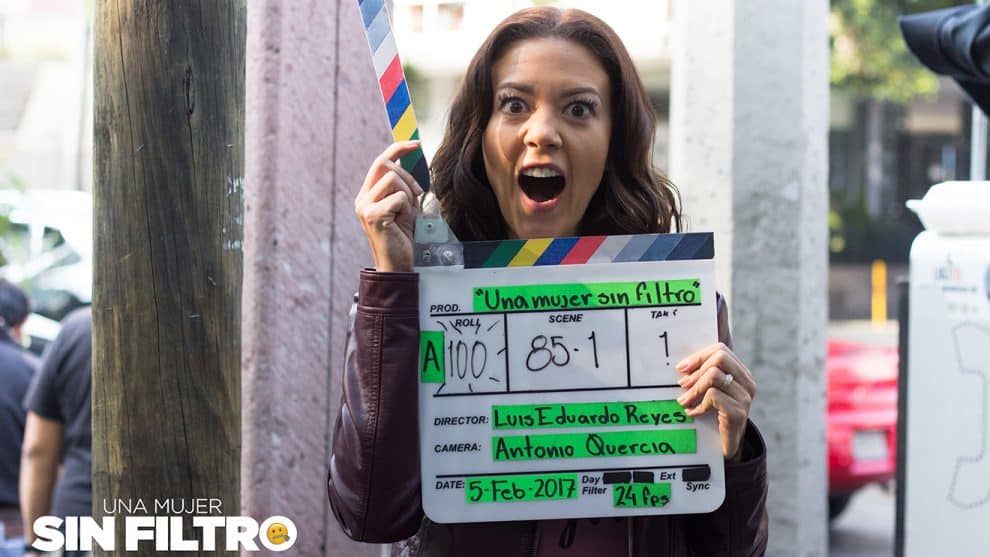 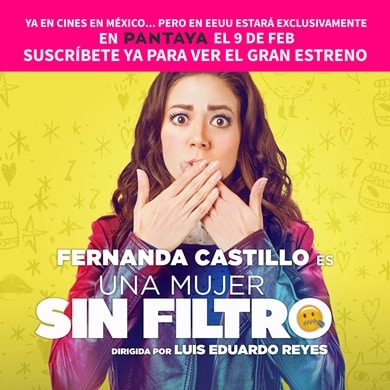 “Una mujer sin filtro” tells the story of Paz Lopez played by Mexican star Fernanda Castillo (No Manches Frida, “El Señor de los Cielos”). Paz is a sensitive introvert who always aims to please in order to avoid confrontation. But one day, the constant mistreatment and indifference of others in her life becomes just too unbearable, and a strange phenomenon forces her to express her real, unfiltered feelings.

Only a few months after its launch, PANTAYA has become the premier destination for Hispanic consumers in the U.S. The streaming service features the largest selection of Spanish-language films in the U.S. and Puerto Rico, the widest variety of films currently playing in Latin American movie theaters, and first-run access to the latest releases and exclusive content never before available in the U.S.

“Fans of Spanish-language movies and entertainment content in the U.S. and Puerto Rico have never had this kind of access to such a wide variety of entertainment options in one place,” said Paul Presburger, Pantelion Films and PANTAYA Chief Executive Officer. “We’ve now topped that by adding first-run movies that are still running in Latin American theaters, and will continue to delight and entertain our customers with PANTAYA’s unmatched premium streaming experience.

For only $5.99 per month with a 7-day free trial, PANTAYA is available through the web and on iOS, Android, Roku, Apple TV and Samsung Smart TVs in the U.S. and Puerto Rico, as well as to Prime members on Amazon Channels in the U.S. To learn more about PANTAYA, please visit www.pantaya.com.

George And Amal Clooney Joining “March For Our Live” Event And Donating $500k To The Cause
CLOSED–GAME NIGHT – S.A. & DALLAS Screenings