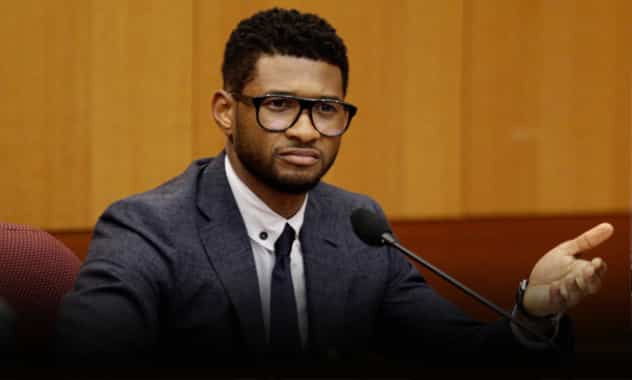 According to TMZ, the 33-year-old singer met with his lawyers earlier this week and requested they draw up a proposal to end his messy custody dispute with Foster over sons Usher Raymond V, 4, and Naviyd, 3. The deal would reportedly grant Foster “a majority” of custody — the singer previously requested 50/50 child custody — and “significantly” increase the amount of child support Foster would receive for the children. Foster has not yet been presented with the offer.

The couple’s divorce was finalized in 2009 after less than two years of marriage. But sources told Us Weekly that Usher shares a bond with his stepson, who was about six when the singer came into his life.

“He grew close to Kyle and, of course, that has nothing to do with the situation with Tameka,” the source told magazine. “He loved Kyle. This is a terrible, awful tragedy.”

Usher’s move to end the dispute is a marked departure from recent reports about his custody battle with Foster. In May, Foster denied claims that she threatened to kill the R&B star, admitting under oath that she had told him, “I will f**k you up.” That same month, Usher reportedly refused Foster’s request to allow her and their sons live permanently in the Georgia mansion he owns.

Snooki Tweets ‘Sitting-Only’ Shoes, Which Should Not Be A Thing (PHOTO)
Steven Tyler Leaving ‘American Idol’