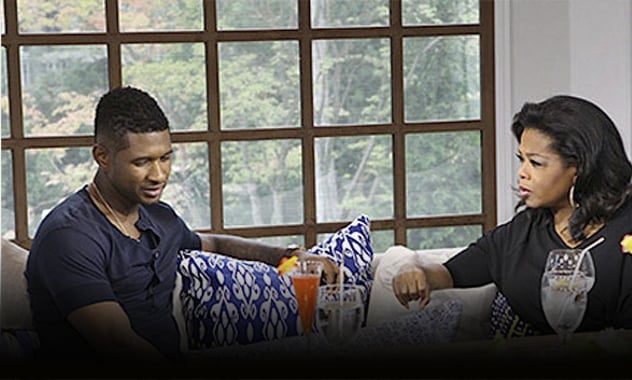 Usher sat down for a difficult interview with Oprah Winfrey on “Oprah’s Next Chapter.” He said that this interview would be the only time he would talk about the heated custody battle he and his wife have been going through with his ex-wife, Tameka Foster.

The couple divorced in 2009, and have two children: 4-year-old Usher Raymond V and 3-year-old Naviyd. The custody battle has been going on since their divorce, and it was only in August 2012 that a judge awarded primary custody to Usher. It was definitely contentious at times, as detailed by HuffPost Divorce.

“Is there still respect for her as the mother of your children?” Winfrey asked him.

“I really feel like we were friends. She made us enemies in a way that I could never, I could never understand,” he said.

Catch more celebrity interviews each week on “Oprah’s Next Chapter,” Sundays at 9 p.m. ET on OWN.