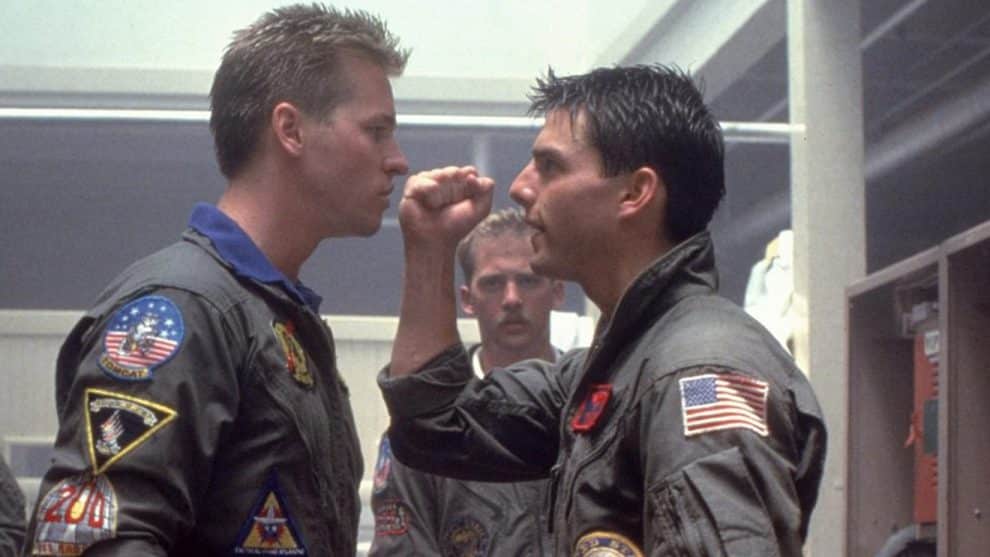 Val Kilmer says he’s ready to bring Iceman back to Top Gun 2, now that Tom Cruise has announced the long-awaited sequel is taking flight. Released in 1986, Top Gun was a definitive movie in many respects. Directed by the late Tony Scott, the Navy fighter jet thriller not only scaled new heights in the action-adventure genre, it took a star on the rise with Cruise and made him an international superstar.

But Top Gun didn’t just turn on the burners for Cruise: Virtual unknown actors like Anthony Edwards, Meg Ryan, and Tim Robbins had memorable supporting roles that pushed their careers into the spotlight; and Kilmer, also a relative newcomer, nearly stole the show as Iceman, the chief competitor of Maverick (Cruise) in the Top Gun flight program.

While the idea of Top Gun sequel has been batted around for years and seemed to be taking shape in 2015, Cruise announced Tuesday that Top Gun 2 is finally getting made and will film within the next year. Top Gun 2 picked up even more steam Wednesday when word surfaced that Tron: Legacy filmmaker Joseph Kisinkski, who directed Cruise in 2013 sci-fi thriller Oblivion, was a front-runner to take the helm of the sequel. With the long dormant project coming together so fast, Kilmer didn’t waste any time declaring his interest in reprising the role of Iceman.

Kilmer posted a photo and message for Cruise on Instagram Wednesday, saying, “friends said it’s official – #TOPGUN2 was announced today. I’m ready Tom- still got my top gun plaque! Still got the moves! Still got it!” See the post below:

It’s great to see Kilmer’s enthusiasm for Top Gun 2, especially after fellow actor Michael Douglas said last October that Kilmer was suffering from some health issues, even going so far to imply that his former Ghost and the Darkness co-star had cancer. Kilmer recently confirmed that he had been facing health issues, but also says that he is recovering.

Not surprisingly, details about Top Gun 2 are scant at this point, but fans no doubt wondering how important Maverick and Iceman will be to the story. While Maverick and Iceman put aside their rivalry and ended on good terms in Top Gun, it will be interesting to see if the new film implements Iceman in the core narrative and whether some of the old animosity between the two characters will once again bubble to the surface. Whether they are friends of foes, a reunion of Maverick and Iceman is essential to Top Gun 2, and Kilmer’s interest in the project is a positive sign that he and Cruise may once again meet in “The Danger Zone.”