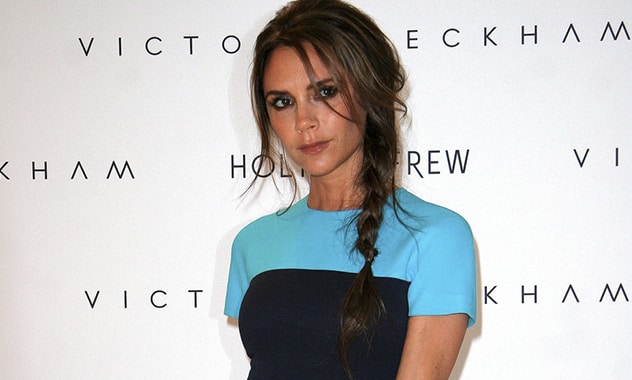 Victoria Beckham is talking boobs. In particular, hers.

The fashion designer gets candid in the March issue of Allure, and reveals that she indeed had her breast implants removed.

“I don’t have them anymore,” she admits, before quipping, “I think I may have purchased them.”

But the conversation isn’t all about cleavage.

After all, what would an interview with Beckham be without some mention of the Spice Girls, right?

While the brunette beauty may have recently told Vanity Fair she “won’t ever” reunite with the girl group that made her famous, she neverthless speaks fondly about the other members.

“I think what gave me confidence in myself was meeting the other girls,” she says. “We always said we were all like rejects in our own way. We had to work hard, and they helped me accept me for who I was.”

Another person who obviously accepted her for who she was is her husband of 14 years, David Beckham.

“[David] is the most wonderful man I have ever met,” she gushes. “He’s a fantasic father. He’s incredibly talented, a wonderful husband. I supported him for many years, and he’s proud of me. He supports me. We’re very equal at home.”