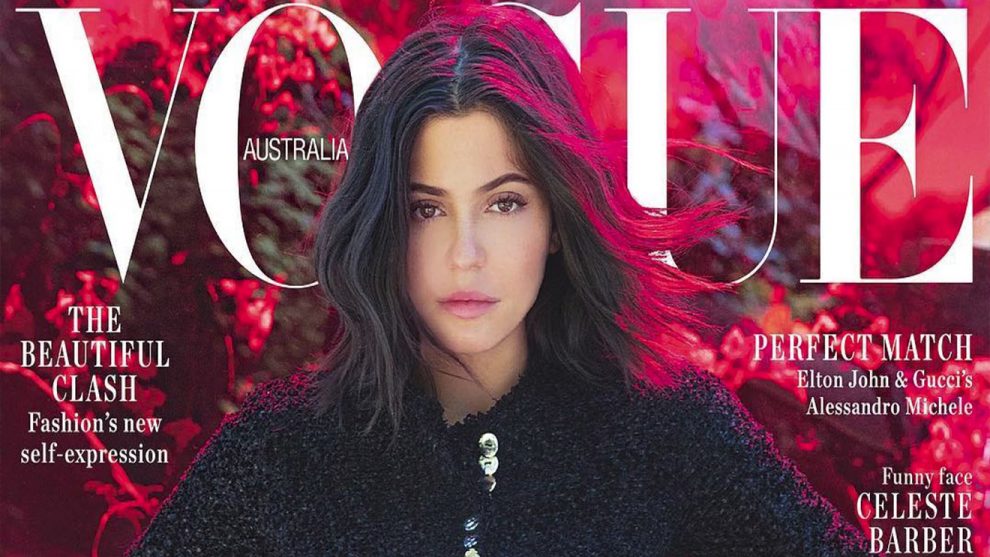 Kylie Jenner has scored her first ever Vogue cover — and she has Australia to thank.

The 21-year-old reality star and makeup mogul stars on Vogue Australia’s September issue, following in the footsteps of sisters Kim Kardashian and Kendall Jenner who’ve covered the fashion bible in the US and India, among other editions.

Kylie has been a household name since she was 10 years old, when Keeping Up With The Kardashians first aired. But in 2018 she’s experienced a meteoric rise following the birth of her first child, Stormi, and the rapid growth of her makeup brand, Kylie Cosmetics.

In June it was revealed she’s on track to become America’s youngest self-made billionaire — although the term “self-made’ saw her cop some flack given the family she was born into.

Kylie, who’s in a relationship with rapper Travis Scott, was interviewed by sister Kendall for a feature inside the magazine. In the interview she discussed a number of topics, including how motherhood has changed her.

“I used to live each day as it came, and now I look at the future more.

“I actually feel like I love myself more after I had Stormi. And I’m trying to be … I mean, I’m already a positive person, but just having fun, being positive.”

It’s not so surprising the Down Under edition of Vogue was Kylie’s first. The Kardashian-Jenners have a close relationship with Vogue Australia’s Fashion Director, Christine Centenera.

Christine has consulted on Kanye West’s Yeezy label and styled Kim Kardashian for Vogue Australia in 2016. She often share selfies with Kim and co. on her Instagram account.